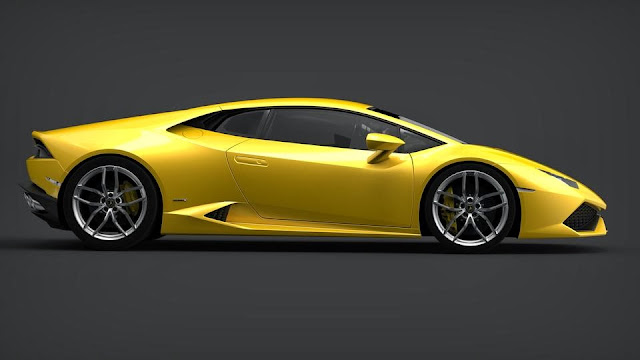 With its new Huracán, Lamborghini is about to unleash a new kind of fury on Ferrari’s all-conquering 458 Italia.

Powered by an even meaner development of the all-aluminium, 5.2-litre V10 from the outgoing Gallardo, the mid-engine Huracán is tipped by Lamborghini to blast from zero to 62mph in a scant 3.2 seconds, and will rip beyond 124mph in less than 10 seconds.

The engine belts out 601 horsepower and 413 pound-feet of torque, and is matched to a new seven-speed dual-clutch transmission and, of course, all-wheel drive. Promising smoother, faster and more accurate gearshifts, the transmission also underlines the sad death of Lamborghini’s gated six-speed manual gearbox. The new unit, called Doppia Frizione, is adapted from the Audi R8’s dual-clutch transmission – which, if nothing else, is much more fun to say. 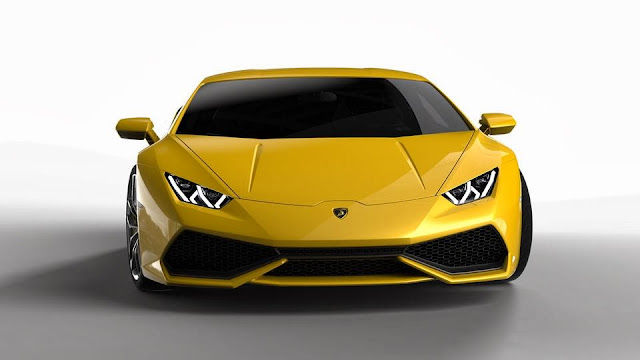 Instead of fighting head-to-head with the prancing horse, Lamborghini spent the last few years of the Gallardo’s decade-long lifespan watching first the McLaren MP4-12C, the Mercedes-Benz SLS AMG, Audi’s R8 V10 and then the latest iteration of the Porsche 911 Turbo arrive to challenge the mid-engine Ferrari.

No longer. Citing a “new era” for the brand, Lamborghini claims that the Huracán is precisely half a second faster to 200kph (124mph) than the 458 Italia. It may seem inconsequential, but in this hyper-competitive arena, you have to take your bragging rights where you can. 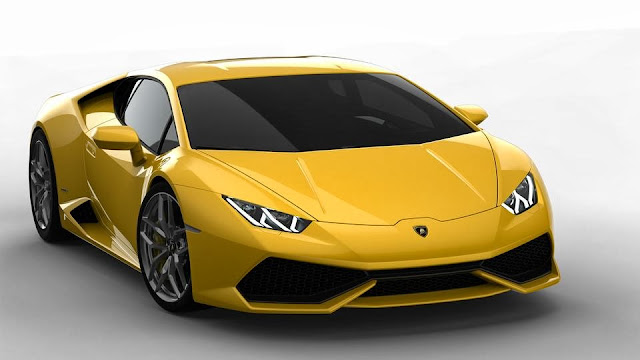 The Huracán is heavier than the 458 by 42kg (93lbs), but a significant slice of that is attributable to its all-wheel drive system, two extra cylinders and added engine capacity. The Huracán did not follow its big brother, the Aventador, down the full carbon-fibre chassis route, and even with integrated carbon fibre in its chassis, it still weighs 12kg more than the base all-wheel-drive Gallardo. That difference, and more, is purely down to its more sophisticated yet heavier transmission.

Half a second faster than the Gallardo to 100kph and almost two seconds faster to 200kph, the Huracán also carries forward Lamborghini’s pledge to lower carbon emissions, primarily via start-stop technology. The car delivers 12.5 litres/100km on the NEDC cycle, a litre less than the Gallardo LP560-4 but bested by the Ferrari’s 11.8 litres/100km, the MP4-12C’s 11.7 litres and the 911 Turbo’s 9.7-litre figure.

For the first time on an entry-level Lamborghini, carbon-ceramic brakes will be standard fare.

No matter how a consumer may specify a Huracán, the car’s handling, performance and electric security systems will be tailored by the driver via a knob on the vertical spoke of the flat-bottomed leather steering wheel. The Huracán will have three standard performance packages, ranging from Strada (street) to Sport to Corsa (track), all of which alter the engine’s responsiveness, the exhaust noise, the transmission speed and feel, the all-wheel drive behaviour and the paranoia of the electronic stability and traction control systems. 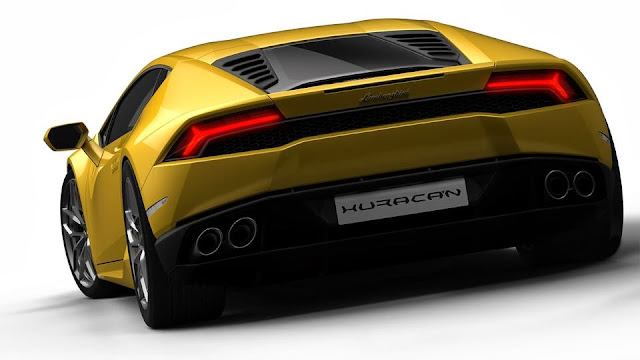 Inside, the Huracán is clad in a combination of Nappa leather and lighter Alcantara, while the instrument cluster is pure digital via a 12.7in TFT screen. The gauge layouts can be customised, and are bathed in mode-specific colours. There is what Lamborghini calls a segment first with pure LED lighting at both ends of the car. These add an aggressive scowl to the front, with the two-side radiator and brake air intakes chomping out most of the under-bumper area, while a small but useful front splitter sits between them.

Doors taper in dramatically along the flanks, giving the rear end of the Huracán a hunched, ready-to-leap look. Lamborghini finishes the effect with a slight spoiler uplift at the back, while four exhaust pipes and a low-mounted aerodynamic diffuser dominate the rear.

Like most classic Lamborghinis (the Countach and the LM002 sport-utility vehicle among the few exceptions), the Huracán is named after a Spanish fighting bull – in this case, one from the famed Conte de la Patilla breed, which the brand claims remained unbeaten in Alicante in 1879. This new bull looks prepared to carry forward that legacy.