MIKHAIL KALASHNIKOV, THE INVENTOR OF AK-47, DIES AT 94 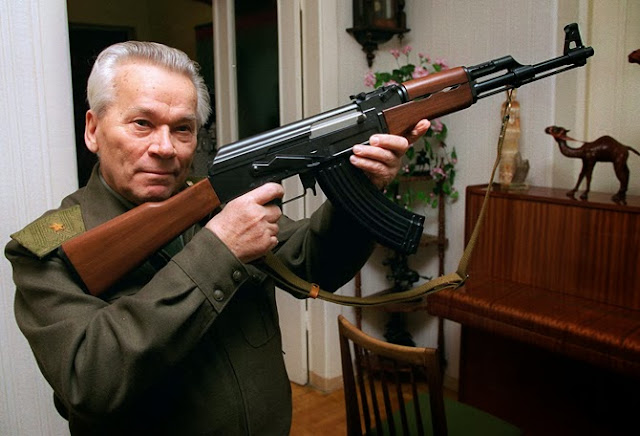 Mikhail Kalashnikov, whose work as a weapons designer for the Soviet Union is immortalized in the name of the world's most popular firearm, died Monday at the age of 94.

Kalashnikov once aspired to design farm equipment. But even though his most famous invention - the AK-47 assault rifle - sowed havoc instead of crops, he often said he felt personally untroubled by his contribution to bloodshed.

"I sleep well. It's the politicians who are to blame for failing to come to an agreement and resorting to violence," he said in 2007.

Kalashnikov died in a hospital in Izhevsk, the capital of the Udmurtia republic where he lived, said Viktor Chulkov, a spokesman for the republic's president. He did not give a cause of death. Russian media was also widely reporting his death. Kalashnikov had been hospitalized for the past month with unspecified health problems.

The AK-47 - "Avtomat Kalashnikov" and the year it went into production - is the world's most popular firearm, favored by guerrillas, terrorists and the soldiers of many armies. An estimated 100 million guns are spread worldwide.

Though it isn't especially accurate, its ruggedness and simplicity are exemplary: it performs in sandy or wet conditions that jam more sophisticated weapons such as the U.S. M-16.

"During the Vietnam war, American soldiers would throw away their M-16s to grab AK-47s and bullets for it from dead Vietnamese soldiers," Kalashnikov said in July 2007 at a ceremony marking the rifle's 60th anniversary.

The weapon's suitability for jungle and desert fighting made it nearly ideal for the Third World insurgents backed by the Soviet Union, and Moscow not only distributed the AK-47 widely but also licensed its production in some 30 other countries.

The gun's status among revolutionaries and national-liberation struggles is enshrined on the flag of Mozambique.

Kalashnikov, born into a peasant family in Siberia, began his working life as a railroad clerk. After he joined the Red Army in 1938, he began to show mechanical flair by inventing several modifications for Soviet tanks. 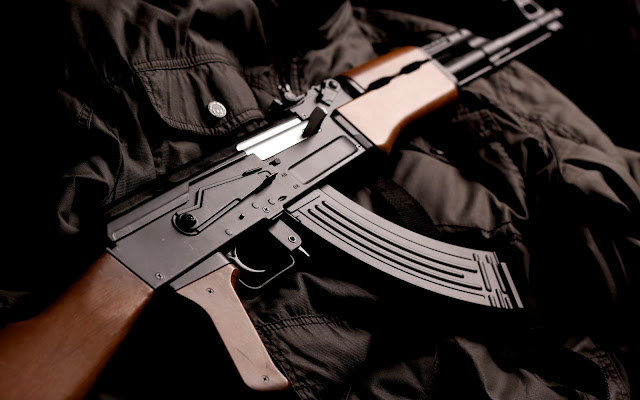 The moment that firmly set his course was in the 1941 battle of Bryansk against Nazi forces, when a shell hit his tank. Recovering from wounds in the hospital, Kalashnikov brooded about the superior automatic rifles he'd seen the Nazis deploy; his rough ideas and revisions bore fruit five years later.

"Blame the Nazi Germans for making me become a gun designer," said Kalashnikov. "I always wanted to construct agricultural machinery."

In 2007, President Vladimir Putin praised him, saying "The Kalashnikov rifle is a symbol of the creative genius of our people."

Over his career, he was decorated with numerous honors, including the Hero of Socialist Labor and Order of Lenin and Stalin Prize. But because his invention was never patented, he didn't get rich off royalties.

"At that time in our country patenting inventions wasn't an issue. We worked for Socialist society, for the good of the people, which I never regret," he once said.

Kalashnikov continued working into his late 80s as chief designer of the Izmash company that first built the AK-47. He also traveled the world helping Russia negotiate new arms deals, and he wrote books on his life, about arms and about youth education.

"After the collapse of the great and mighty Soviet Union so much crap has been imposed on us, especially on the younger generation," he said. "I wrote six books to help them find their way in life."