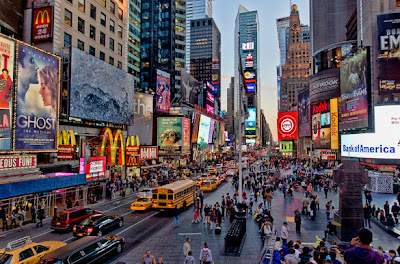 New York City, a traditional incubator for artists, has now become a 'gated citadel' for creativity.

On May 5, musician Patti Smith was asked what advice she had for young people trying to make it in New York City. The long-time New Yorker's take? Get out. "New York has closed itself off to the young and the struggling," she said. "New York City has been taken away from you."

Smith was not the only New Yorker to reject the city that had nurtured artists for decades. In October, musician David Byrne
argued that "the cultural part of the city - the mind - has been usurped by the top 1 percent". Under Michael Bloomberg, New York's first billionaire mayor, homelessness and rent both soared, making one of the world's centres of creative and intellectual life unliveable for all but the richest.

At play, notes Byrne, was more than a rise in the cost of living. It was a shift in the perceived value of creativity, backed by an assumption that it must derive from and be tied to wealth. "A culture of arrogance, hubris and winner-take-all was established," he recalls. "It wasn't cool to be poor or struggling. The bully was celebrated and cheered."

New York - and San Francisco, London, Paris and other cities where cost of living has skyrocketed - are no longer places where you go to be someone. They are places you live when you are born having arrived. They are, as journalist Simon Kuper puts it, "the vast gated communities where the one percent reproduces itself".

There are exceptions in these cities, but they tend to survive by serving the rule. The New York Times recently profiled Sitters Studio, a company that sends artists and musicians into the homes of New York's wealthiest families to babysit their children. "The artist-as-babysitter can be seen as a form of patronage," suggests the Times, "in which lawyers, doctors and financiers become latter-day Medicis."

This is the New York artist today: A literal servant to corporate elites, hired to impart "creativity" to children whose bank accounts outstrip their own.

The Times explains the need for the company as follows: "Parents keep hearing that, in the cutthroat future, only the creative will survive." The "creative" will survive - but what of creativity? Enterprises like Sitters Studio posit creativity as commodification: A taught skill that bolsters business prowess for tiny corporate heirs.

Creativity - as an expression of originality, experimentation, innovation - is not a viable product. It has been priced out into irrelevance - both by the professionalisation of the industries that claim it, and the soaring cost of entry to those professions.

In an article for Slate, Jessica Olien debunks the myth that originality and inventiveness are valued in US society: "This is the thing about creativity that is rarely acknowledged: Most people don't actually like it."

She cites academic studies indicating that people are biased against creative minds. They crave the success of the result, but shun the process that produces it: The experimentation that may yield to failure, the rejection of social norms that breeds rejection of the artist herself.

Today, creative industries are structured to minimise the diversity of their participants - economically, racially and ideologically. Credentialism, not creativity, is the passport to entry.

Over the past decade, as digital media made it possible for anyone, anywhere, to share their ideas and works, barriers to professional entry tightened and geographical proximity became valued. Fields where advanced degrees were once a rarity - art, creative writing - now view them as a requirement. Unpaid internships and unpaid labour are rampant, blocking off industry access for those who cannot work without pay in the world's most expensive cities.

Yet to discuss it, as artist Molly Crabapple notes in her brilliant essay "Filthy Lucre", is verboten. Recalling her years as a struggling artist, she remembers being told by a fellow artist - a successful man living off his inherited money - that a "real artist" must live in poverty.

"What the artist was pretending he didn't know is that money is the passport to success," she writes. "We may be free beings, but we are constrained by an economic system rigged against us. What ladders we have, are being yanked away. Some of us will succeed. The possibility of success is used to call the majority of people failures."

Failure, in an economy of extreme inequalities, is a source of fear. To fail in an expensive city is not to fall but to plummet. In expensive cities, the career ladder comes with a drop-off to hell, where the fiscal punishment for risk gone wrong is more than the average person can endure. As a result, innovation is stifled, conformity encouraged. The creative class becomes the leisure class - or they work to serve their needs, or they abandon their fields entirely.

In 2012, St. Louis artist Martin Brief debuted his drawing "Success". The drawing consisted only of a dictionary definition of success, with each word broken down into its own definition, until, as he writes, "The language can be read but will not yield any greater understanding of what the word means."

But sanctioned success is dependent on survival, and it is hard for most people to survive in an art world capital like New York, where some homeless people work two jobs. Success by geographical proxy comes with a price: purchased freedom for the rich, serving the rich for the rest. But what happens when we veer off that path? Is it failure? Or is it redefined, recognised anew?

Creativity is sometimes described as thinking outside the box. Today the box is a gilded cage. In a climate of careerist conformity, cheap cities with bad reputations - where, as art critic James McAnalley notes, "no one knows whether it is possible for one to pursue a career" - may have their own advantage. "In the absence of hype, ideas gather, connections build, jagged at first, inarticulate," McAnalley writes of St Louis. "Then, all of a sudden, worlds emerge."

Perhaps it is time to reject the "gated citadels" - the cities powered by the exploitation of ambition, the cities where so much rides on so little opportunity. Reject their prescribed and purchased paths, as Smith implored, for cheaper and more fertile terrain. Reject the places where you cannot speak out, and create, and think, and fail. Open your eyes to where you are, and see where you can go.