STEVE JOBS AND A CALLIGRAPHER PRIEST 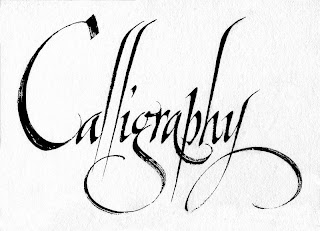 The Art of Beautiful Writing and Technology

Perhaps of all the many stories reported in the media after Steve Jobs’ death, his calligraphy studies with a former Trappist monk stirred my Catholic curiosity most. He credits this experience with formulating his taste for beautiful typography, which he later applied to Apple computers. To think of a technology wizard praising calligraphy at first seems unusual, but Jobs was anything but typical. After all, his company’s mantra was “Think different.”


As a young adult, he pursued a non-conformist route, exploring many interests before settling on electronics. When he dropped out of college, he enrolled in calligraphy classes. During this time he says it was the freedom to explore and dream that provided inspiration for his later projects.

Following your bliss naturally has its disadvantages and obstacles. The lack of money usually helps reality to set in. Jobs himself admitted that this period was anything but romantic. He had spent most of his adoptive parents’ modest savings on college only to drop out. This surely raised their eyebrows, if not their voices. Without a job or a dorm room to live in, Jobs remembers sleeping on the floor in friends’ apartments. His one source of income was returning used Coke bottles for 5-cent deposits. For charity meals he would walk 7 miles across town to the Hare Krishna temple every Sunday.

Many around him at the time and even now might consider his bohemian lifestyle and calligraphy studies as nothing more than whimsical diversion. However, in the often referenced 2005 commencement speech at Stanford University, Jobs highlighted its importance.

“Much of what I stumbled into by following my curiosity and intuition turned out to be priceless later on. Let me give you one example:

“Reed College at that time offered perhaps the best calligraphy instruction in the country. Throughout the campus every poster, every label on every drawer was beautifully hand calligraphed. Because I had dropped out and didn’t have to take the normal classes, I decided to take a calligraphy class to learn how to do this. I learned about serif and sans-serif typefaces, about varying the amount of space between different letter combinations, about what makes great typography great. It was beautiful, historical, artistically subtle in a way that science can’t capture, and I found it fascinating.

“None of this had even a hope of any practical application in my life. But 10 years later, when we were designing the first Macintosh computer, it all came back to me. And we designed it all into the Mac. It was the first computer with beautiful typography. If I had never dropped in on that single course in college, the Mac would have never had multiple typefaces or proportionally spaced fonts. And since Windows just copied the Mac, it’s likely that no personal computer would have them. If I had never dropped out, I would have never dropped in on this calligraphy class, and personal computers might not have the wonderful typography that they do. Of course, it was impossible to connect the dots looking forward when I was in college. But it was very, very clear looking backwards 10 years later.”

At Reed College Father Robert Palladino was Jobs’ calligraphy instructor. As a priest and renowned calligrapher, he had spent many years in a Trappist monastery. There, he learned the elegant old-world craft of fine lettering because all of the monastery signage was handcrafted in fine text. Father Palladino later left the monastery; he serves now as a parish priest.

About the young Jobs who audited his course, Father Palladino recalls, “He took my class and became very interested in letter forms.” He also remembered Jobs as “one of those extremely brilliant, starry-eyed kids in college. He came back a year or so later and said he was interested in my Greek alphabet.”
I guess the thought of a CEO referencing calligraphy class as highly influential to his business does seem unusual. After all, Jobs’ work primarily involved the fast-paced world of innovative science, which has little in common with the unhurried, time-honored craft of calligraphy.

What Father Palladino taught him about letters, fonts and typefaces eventually became a practical part of Jobs’ billion-dollar Apple enterprise. In this respect, Jobs is not unlike Johannes Gutenberg, who, in the mid-15th century, based the Gothic lettering for his printing press on that of the monks. Both men merged the art of calligraphic writing with technology, bringing it a distinctive human touch.

Much of the calligraphy that interested Jobs was introduced centuries before. Tucked away in monasteries, monks labored on biblical texts, animating the pages with beautifully embellished lines set against shimmering gilt backgrounds. In these illuminated manuscripts, the monastics created a world within a word. Through their repetitive motion and adherence to form, they transmitted not just words, but a dazzling view of the redeemed world.

But calligraphy didn’t begin with the monks. Its history goes back to the earliest beginnings of man: scratching out symbols to express himself on cave walls. With the invention of writing, those symbols eventually became extraordinarily dressed up with decorative embellishments in all cultures.

Apart from the Western tradition, Asian, Persian, Indian, Arabic, Chinese and many other cultures also enhanced their writing with creativity and beauty. The ancient Egyptians even developed elaborate hieroglyphs on papyrus to record their religious practices.

It is ironic that while the importance of Jobs’ calligraphic studies is acknowledged, some schools have already eliminated penmanship from their curriculum. Today, many schools are considering scaling back basic writing instruction. Some are even making cursive writing obsolete. In the U.S., many Indiana schools are the latest to drop mandatory cursive-handwriting requirements (although this is under debate among state legislators). Officials there say that there isn’t sufficient time to teach handwriting and typing.

The cultural shift of handwriting to typing is not just a phenomenon of the West. One study found that Chinese youth are increasingly having difficulty with writing various characters by hand. Further, according to the same study, 69% of respondents claimed that they have not received handwritten notes or letters in more than a year.

I don’t think Steve Jobs would be pleased with such developments. Although he was among the technological geniuses who created a digital portal through which to view our world, he recognized the importance of merging beauty and craft with technology. It could be argued that perhaps Jobs appreciated the monks’ calligraphy so much because it transmitted knowledge with craft — something that appealed to him deeply.

BY JENNIFER ROCHE
--------
http://www.ncregister.com/daily-news/what-a-calligrapher-priest-taught-steve-jobs
http://3.bp.blogspot.com/-J4eMefMjfF4/Td1tGZ-VVqI/AAAAAAAAAG4/TDOhx7Vbn8A/s1600/Calligraphy-business.jpg
Posted by pratanacoffeetalk at 8:25 AM