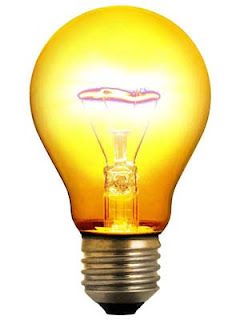 It's become pretty much common knowledge that great innovation springs from the ability to pull two unlike things together to create a beautiful third. Steve Jobs famously shifted a paradigm when he fused calligraphy with technology to create the Mac's graphical user interface. Many great inventions fuse something very simple, cheap and widely accessible — say, a small piece of paper — with something expensive and complex — say, a medical laboratory test — to come up with a marvelous solution, such as George Whitesides' postage-stamp sized diagnostic tool.

And though not always disruptive, many innovations spring from the fusion of business models. Consider Rent the Runway, a mashup of high-end fashion and Netflix-style rental scheme. Sometimes a fusion of two ordinary objects creates an interesting, if not necessarily beautiful, third: Kristen Murdock makes cowpie clocks from dried, varnished cowpies and, well, clocks. Apparently they're selling like hot ... pies.

As Hal Gregerson and Jeffrey Dyer, authors of The Innovator's DNA, have observed, the ability to associate unlike ideas is fundamental to innovation: "Overall, associating is the key [innovative] skill because new ideas aren't created without connecting problems or ideas in ways that they haven't been connected before." But I wonder — why is it so difficult for companies to hire and promote people who are good at associative thinking?

I find this strange. After all, lots of corporations pay big money to consulting companies like IDEO and Jump Associates — firms that hire people from very diverse disciplines, and who specialize in this kind of associative thinking — to help them innovate. So why don't more companies do the same thing?

Back in 1997, HBR authors Dorothy Leonard and Susaan Straus identified part of the problem in an article called "Putting Your Company's Whole Brain to Work." They pointed out that managers who dislike conflict — or value only their own approach — actively avoid the clash of ideas, and so they like to hire "comfortable clones" of themselves. They also note that managers have trouble getting "detail guys" to appreciate the "concept man" and vice-versa, resulting in unconstructive arguments and stalled projects. And of course, too many companies are still organized in silos. But I think there's another, deeper reason creative thinking is so difficult to come by, and it has to do with education.

Our society values specialists. If you want to get anywhere, young people are told, you have to zero in on a rarified area of study like, say, stochastic process analysis or bromhidrosis and become really, really good at it. The best-paid people in the world, after all, are experts who know more than anyone else about their elected field of study. Unfortunately, when highly focused professional practitioners put fences around their fields of expertise, they spend most of their time one-upping each other, and they certainly don't spend much of it collaborating with people who aren't like them. That kind of thing may produce deeper bore-holes, but it seldom produces works of genius.

Meanwhile, the past 30 or so years has seen a huge decline in liberal arts and humanities education. Liberal-arts schools are struggling, and people with such degrees are devalued in the marketplace; those who might want to major in English or Philosophy are told by parents and guidance counselors they will never get decent-paying jobs (and for the most part, the parents and counselors are right). The devaluation of generalists has produced lots and lots of business majors who may know how to put together a spreadsheet but who can't think broadly enough to put unlike ideas together.

Now, take a good look at the people your company hires. Do they come from all kinds of different backgrounds and experiences? My guess is that there may be a diversity policy on the books, and that there are people of different genders and races. But we need more diversity than that. We need much more intellectual diversity, and we need to find ways to put unlike ideas together in new ways.

BRONWYN FRYER
Bronwyn Fryer is a contributing editor to HBR.org.
--------------
http://blogs.hbr.org/hbr/hbreditors/2012/02/fryer_title_to_come.html?google_editors_picks=true
http://images.fastcompany.com/upload/081209-light-bulb-03.jpg
Posted by pratanacoffeetalk at 8:30 AM