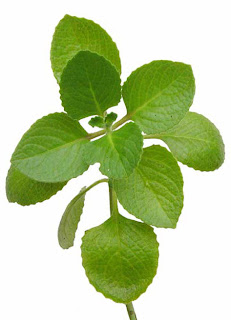 Oregano, a common ingredient in Italian and Mexican cuisine, comes from the leaves of an herb native to the Mediterranean (not to be confused with Mexican oregano, native to the Americas), is one of the most concentrated antioxidant sources ever studied. According to data from the U.S. Department of Agriculture, its antioxidant activity is between three and 20 times higher than that of any other herb. Even well-known antioxidant-containing fruits fail to measure up: Oregano has four times the antioxidant activity of blueberries, 12 times that of oranges and 42 times that of apples.

While you can get some of these benefits from just cooking regularly with oregano, a more concentrated form may sometimes be required. That's why the essential oil of oregano is a common remedy for bacterial, viral and parasitic infections. It's so effective -- and tastes so good -- that some restaurants actually sprinkle oregano oil over their salad bars to prevent them from becoming breeding grounds for bacteria. And because of the high antioxidant content in the oil, it probably keeps the salad fresh for longer, too!

I have personally used oregano as emergency medicine to completely eliminate digestive distress after eating what I found out was contaminated food. In fact, oregano kills e.coli, salmonella and virtually all other food-borne pathogens.

Mike Adams
is a consumer health advocate and award-winning journalist with a passion for sharing empowering information to help improve personal and planetary health He is a prolific writer and has published thousands of articles, interviews, reports and consumer guides, reaching millions of readers with information that is saving lives and improving personal health around the world. Adams is an honest, independent journalist and accepts no money or commissions on the third-party products he writes about or the companies he promotes. In 2010, Adams co-founded NaturalNews.TV, a natural health video sharing site that has now grown in popularity. He also founded an environmentally-friendly online retailer called BetterLifeGoods.com that uses retail profits to help support consumer advocacy programs. He's also a veteran of the software technology industry, having founded a personalized mass email software product used to deliver email newsletters to subscribers. Adams volunteers his time to serve as the executive director of the Consumer Wellness Center, a 501(c)3 non-profit organization, and enjoys outdoor activities, nature photography, Pilates and martial arts training. Known as the 'Health Ranger,' Adams' personal health statistics and mission statements are located at www.HealthRanger.org
--------
http://www.naturalnews.com/034895_oregano_antioxidants_herbs.html
http://herbgardening.com/HerbGardeningImages/OreganoLeaves473.jpg
Posted by pratanacoffeetalk at 9:58 AM