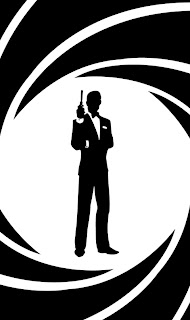 James Bond, code name 007, is a fictional character created in 1953 by writer Ian Fleming, who featured him in twelve novels and two short story collections. There have been six other authors who wrote authorised Bond novels or novelizations after Fleming's death in 1964: Kingsley Amis, Christopher Wood, John Gardner, Raymond Benson, Sebastian Faulks and Jeffery Deaver. Additionally, Charlie Higson wrote a series on a young James Bond and Kate Westbrook wrote three novels based on the diaries of a recurring series character, Moneypenny.

The fictional British Secret Service agent has also been adapted for television, radio, comic strip and video game formats as well as being used in the longest running and the second-highest grossing film franchise to date, which started in 1962 with Dr. No, starring Sean Connery as Bond.

As of 2011, there have been twenty two films in the Eon Productions series, with a twenty third, Skyfall, due for release on 26 October 2012.

The film will star Daniel Craig in his third portrayal of Bond: he is the sixth actor to play Bond in the Eon series. There have also been two independent productions of Bond films, Casino Royale, a 1967 spoof, and Never Say Never Again, a 1984 remake of an earlier Eon produced film, Thunderball.

The films are renowned for a number of features, including the musical accompaniment, with the theme songs to the films having picked up Academy Award nominations on several occasions. Other important elements which run through most of the films include Bond's cars, his guns and the gadgets he is supplied with by Q Branch.

As the central figure for his works, Ian Fleming created the fictional character of James Bond, an intelligence officer in the Secret Intelligence Service, commonly known as MI6. Bond was also known by his code number, 007, and was a Royal Naval Reserve Commander.

Name
Fleming took the name for his character from that of the American ornithologist James Bond, a Caribbean bird expert and author of the definitive field guide Birds of the West Indies; Fleming, a keen birdwatcher himself, had a copy of Bond's guide and he later explained to the ornithologist’s wife that "It struck me that this brief, unromantic, Anglo-Saxon and yet very masculine name was just what I needed, and so a second James Bond was born".  He further explained that:
When I wrote the first one in 1953, I wanted Bond to be an extremely dull, uninteresting man to whom things happened; I wanted him to be a blunt instrument...when I was casting around for a name for my protagonist I thought by God, (James Bond) is the dullest name I ever heard.
—Ian Fleming, The New Yorker, 21 April 1962

On another occasion Fleming said: "I wanted the simplest, dullest, plainest-sounding name I could find, "James Bond" was much better than something more interesting, like "Peregrine Carruthers". Exotic things would happen to and around him, but he would be a neutral figure—an anonymous, blunt instrument wielded by a government department."

Inspiration
Fleming based his fictional creation on a number of individuals he came across during his time in the Naval Intelligence Division during World War II, admitting that Bond "was a compound of all the secret agents and commando types I met during the war". Amongst those types were his brother, Peter, who had been involved in behind the lines operations in Norway and Greece during the war. Aside from Fleming's brother, a number of others also provided some aspects of Bond's make up, including Conrad O'Brien-ffrench, Patrick Dalzel-Job and Bill "Biffy" Dunderdale.

Tastes
Fleming also endowed Bond with many of his own traits, including sharing the same golf handicap, the taste for scrambled eggs and using the same brand of toiletries. Bond's tastes are also often taken from Fleming’s own as was his behaviour, with Bond's love of golf and gambling mirroring Fleming's own. Fleming used his experiences of his espionage career and all other aspects of his life as inspiration when writing, including using names of school friends, acquaintances, relatives and lovers throughout his books.

Looks
Fleming decided Bond should look a little like both the American singer Hoagy Carmichael and himself and in Casino Royale, Vesper Lynd remarks, "Bond reminds me rather of Hoagy Carmichael, but there is something cold and ruthless." Likewise, in Moonraker, Special Branch Officer Gala Brand thinks that Bond is "certainly good-looking… Rather like Hoagy Carmichael in a way. That black hair falling down over the right eyebrow. Much the same bones. But there was something a bit cruel in the mouth, and the eyes were cold."

Background
It was not until the penultimate novel, You Only Live Twice, that Fleming gave Bond a sense of family background. The book was the first to be written after the release of Dr. No in cinemas and Sean Connery's depiction of Bond affected Fleming's interpretation of the character, to give Bond both a sense of humour and Scottish antecedents that were not present in the previous stories. In a fictional obituary, purportedly published in The Times, Bond's parents were given as Andrew Bond, from the village of Glencoe, Scotland, and Monique Delacroix, from Yverdon, Switzerland. Fleming did not provide Bond's date of birth, but John Pearson's fictional biography of Bond, James Bond: The Authorised Biography of 007, gives Bond a birth date on 11 November 1920, whilst a study by John Griswold puts the date at 11 November 1921.

Whilst serving in the Naval Intelligence Division, Fleming had planned to become an author and had told a friend, "I am going to write the spy story to end all spy stories." On 17 February 1952, he began writing his first James Bond novel, Casino Royale at his Goldeneye estate in Jamaica,[15] where he wrote all his Bond novels, during the months of January and February each year. He started the story shortly before his wedding to his pregnant girlfriend, Ann Charteris, in order to distract himself from his forthcoming nuptials.

After completing the manuscript for Casino Royale, Fleming showed the manuscript to his friend (and later editor) William Plomer to read. Plomer liked it and submitted it to the publishers, Jonathan Cape, who did not like it as much. Cape finally published it in 1953 on the recommendation of Fleming's older brother Peter, an established travel writer. Between 1953 and 1966, two years after his death, twelve novels and two short-story collections were published, with the last two books – The Man with the Golden Gun and Octopussy and The Living Daylights – published posthumously. All the books were published in the UK through Jonathan Cape.