MONA SIMPSON: "DEATH DIDN'T HAPPEN TO STEVE, HE ACHIEVED IT" 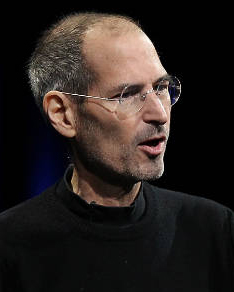 (CNN) -- The last minutes in the life of Steve Jobs were still filled by the epiphanies and moments of inspiration that fed his inventor's mind, according to an intimate portrait provided by Jobs' sister in a eulogy published Sunday in The New York Times.

Mona Simpson's eulogy -- originally read during Jobs' memorial service on October 16 -- is a sister's celebration of a brother she knew only later in life, and a lament of losing a best friend. It weaves in words what she believed were the foundations of Jobs' genius: his humility and hard work, his love of learning and his family.

"I want to tell you a few things I learned from Steve, during three distinct periods, over the 27 years I knew him," said Simpson in her eulogy. "They're not periods of years, but of states of being. His full life. His illness. His dying."

Simpson, a writer, and Steve Jobs did not meet until they were adults. Their early family history was fragmented, but set the stage for what later became a deep-rooted friendship between two estranged siblings. After Steve Jobs' birth, his parents gave him up for adoption. Simpson was born later, and the parents subsequently divorced.

One day, Simpson said in her eulogy, when she was living in New York and writing her first novel, a lawyer gave her a call to inform her that her "long-lost brother" was rich and famous and wanted to contact her.

"Because we were poor and because I knew my father had emigrated from Syria, I imagined he looked like (actor) Omar Sharif," said Simpson.

"The lawyer refused to tell me my brother's name and my colleagues started a betting pool," said Simpson. "The leading candidate: John Travolta. I secretly hoped for a literary descendant of Henry James -- someone more talented than I, someone brilliant without trying," she said.
The man who came to meet her -- her brother -- was Steve Jobs.

"Even as a feminist, my whole life I'd been waiting for a man to love, who could love me. For decades, I'd thought that man would be my father. When I was 25, I met that man and he was my brother," Simpson said in the eulogy as published in the Times.

"When I met Steve, he was a guy my age in jeans, Arab- or Jewish-looking and handsomer than Omar Sharif," she said.

When they first met, Simpson said, she told her brother she had considered buying a computer but had waited.

"Steve told me it was a good thing I'd waited. He said he was going to make something that was going to be insanely beautiful," she said.

Jobs' life was not always a smooth ride, his sister said in her eulogy. He skidded through volatile times with Apple executives and eventually was ousted from the company he had founded.

"When he got kicked out of Apple, things were painful. He told me about a dinner at which 500 Silicon Valley leaders met the then-sitting president. Steve hadn't been invited," said Simpson.

"He was hurt but he still went to work ... Every single day," she said.

Simpson said Jobs was sentimental and he spent much time talking about love. He found a partner in life, Laurene Powell, whom he married in 1991, his sister said.

"His abiding love for Laurene sustained him. He believed that love happened all the time, everywhere," she wrote.

When Jobs' struggle with pancreatic cancer took a turn for the worse, he called his sister and asked her to hurry to his Palo Alto, California, home.

His tone, Simpson said, was "like someone whose luggage was already strapped onto the vehicle, who was already on the beginning of his journey, even as he was sorry, truly deeply sorry, to be leaving us."

Even as he struggled physically in his last hours, his sister said, "there was also sweet Steve's capacity for wonderment, the artist's belief in the ideal, the still more beautiful later."
"He was working at this, too. Death didn't happen to Steve, he achieved it."