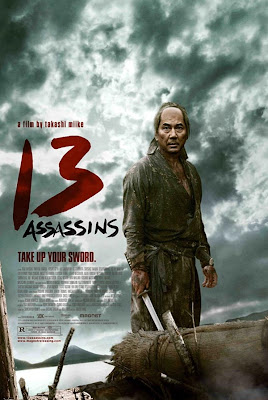 13 Assassins (十三人の刺客) is a 2010 Japanese jidaigeki film directed by Takashi Miike, known for his ultra-violent work in the horror genre.

A samurai epic based on a true incident, the film was produced by Japanese producer Toshiaki Nakazawa, who won the 2009 Academy Award for Best Foreign Language Film for Departures. It was executive-produced by Jeremy Thomas, a British producer with a reputation for breaking Asian titles into the international market, most notably Bernardo Bertolucci's nine-time Oscar winner The Last Emperor, Nagisa Ôshima's Merry Christmas, Mr Lawrence and Takeshi Kitano's Brother.

The film is a remake of Eiichi Kudo’s 1963 black-and-white Japanese film of the same name, Jûsan-nin no shikaku. The screenplay was written by Daisuke Tengan.


It stars Koji Yakusho, whose credits include Memoirs of a Geisha and Shall We Dance, along with Takayuki Yamada, Hiroki Matsukata, and Kazuki Namioka.

It's nominated for Best Film at the 34th Japan Academy Prize. 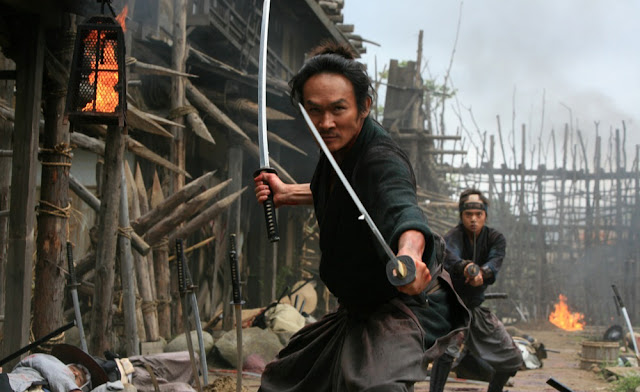 “Being a samurai is truly a burden.”

Taken from the words of a character in director Takeshi Miike’s “13 Assassins,” the cult movie icon delivers by putting them into action. Set at the end of Japan’s feudal era, a respected clan falls victim to the tyranny of Lord Naritsugu, a sadistic young ruler who commits unspeakable crimes including rape, mutilation and murder.

His killing sprees spare no one. He toys with men, women and children, treating their agony like sport; in one scene, he binds a family with rope and launches arrows into their bodies.

Held to sworn oaths, the lord’s army of samurai must watch as death and destruction plague their people. Unable to sit by idly while the horrors persist, an aging warlord appeals to another veteran master, Shinzaemon Shimada (Koji Yakusho), to bring forth a unique mission: acquire a small team of the most highly skilled samurai and kill Naritsugu as he travels between clan territories. Not wholly convinced at first, it is only after Shimada is shown proof of the atrocities that he agrees to the seemingly impossible task. With 13 prepared to take on more than 200 of Naritsugu’s men, it will require determination and courage.

Unlike many films, where there are numerous characters, Miike found a way to give each cast member his own voice. Though there are 13 assassins, the audience feels a real connection with each; likely because the director gives us insight into their backgrounds and how each joined the fraternity, and carefully guides the audience on how their mission will be carried out. Every actor — even extras — play a vital role in the film, each bringing with them a certain element of authenticity. 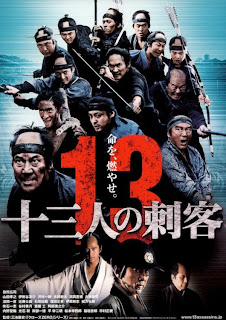 Miike delicately played with the film — which is a remake of Eichi Kudo’s 1963 film of the same name — interweaving symbols of hope and peace with violence and gore. And along the way, Miike pulls at his audience’s heart strings, striking up feelings of joy, anger and sadness.

One of the more chilling scenes occurs when the aging warlord tries to ask for Shinzaemon Shimada’s help in overthrowing Lord Naritsugu. To express the seriousness of his plea, he brings in a woman, dressed in an Asian-style robe. As the garb is removed, the audience witnesses the destruction Lord Naritsugu’s reign had on her village. With her limbs and tongue cut off, she paints script on a piece of cloth with a brush in her mouth. Unexpectedly, she begins to release a blood-curdling cry as saliva drips from her mouth and blood seeps from her eyes.

Filmed on a large open-air set in Tsuruoka in the Yamagata Prefecture in northern Japan, everything was perfect; from the attire to the set design, there was an old-world element. The battle itself is complemented with the use of arrows, swords and explosives. The assassins fight on rooftops and on the ground and even enlist the help of raging bulls who are sent their opponents way with blazing packs on their backs. 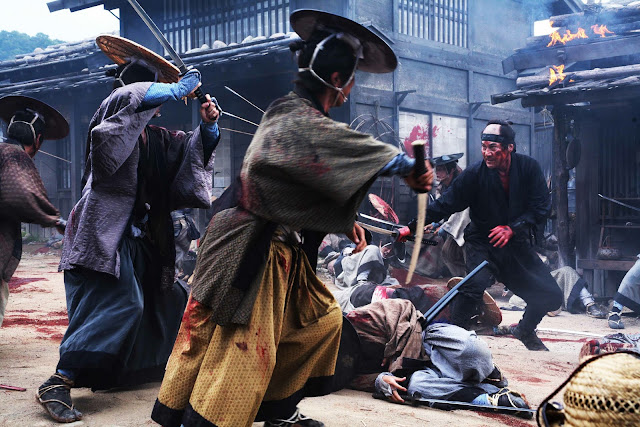 Though the movie is wildly entertaining and action-packed, Miike and his team are wise enough to reel themselves in as the situation dictates. They resist the impulse to go overboard, thereby avoiding a trap that too many action movies fall into: leaving no room for a dramatic payoff. In the case of “13 Assassins,” Miike leaves no stone unturned. 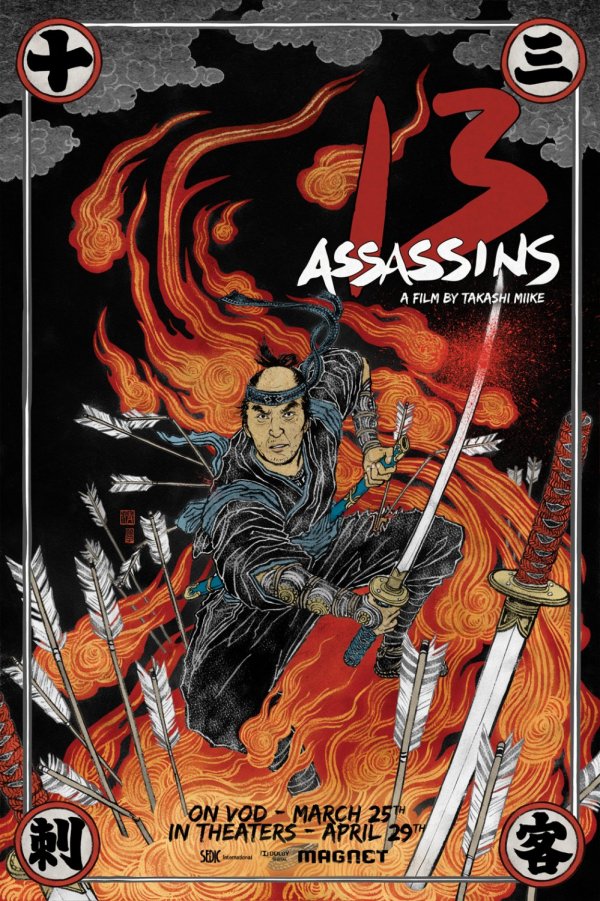