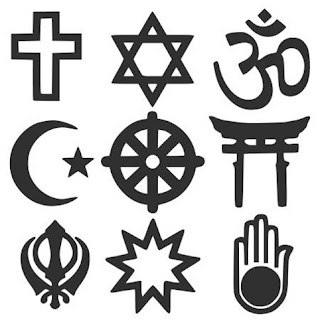 A recent study conducted by a group of mathematicians using census data suggests that organized religion is heading for extinction in nine western democracies.

The study is the result of census data dating as far back as a century from countries whose census asks respondents about their religious affiliation, namely, Australia, Austria, Canada, the Czech Republic, Finland, Ireland, the Netherlands, New Zealand and Switzerland.
Richard Wiener, one of the authors of the study, of the Research Corporation for Science Advancement, and the University of Arizona told BBC News, "The idea is pretty simple. It posits that social groups that have more members are going to be more attractive to join, and it posits that social groups have a social status or utility. For example in languages, there can be greater utility or status in speaking Spanish instead of [the dying language] Quechuan in Peru, and similarly there's some kind of status or utility in being a member of a religion or not. In a large number of modern secular democracies, there's been a trend that folk are identifying themselves as non-affiliated with religion; in the Netherlands the number was 40%, and the highest we saw was in the Czech Republic, where the number was 60%."

Lead author Daniel Abrams told CNN no predictions were made for the United States as their census does not ask about religious affiliation, therefore no data was available.

Abrams said to CNN, "If you look at the data, 'unaffiliated' is the fastest-growing group in those countries. People are more likely to switch to groups with more members."

Abrams pointed to social networks as a powerful driving force toward this change. He says, "Just a few connections to people who are (religiously) unaffiliated is enough to drive the effect."

The study shows that even Ireland which is predominately Catholic will see its religion die.

Barry Kosmin, a demographer of religion at Trinity College in Connecticut is not convinced of the outcome of the study.

Mr. Kosmin told CNN, "Religion relies on human beings. They aren't rational or predictable according to the laws of physics. Religious fervor waxes and wanes in unpredictable ways."

Another study conducted in Britain recently suggests that two-thirds of Britons consider themselves to not be religious, reports BBC News.
------------------------
Read more: http://www.digitaljournal.com/article/305020#ixzz1HaRZxCQI
http://religionencyclopedia.info/wp-content/uploads/2008/01/religions-symbols-thumb2.jpg
Posted by pratanacoffeetalk at 8:00 AM