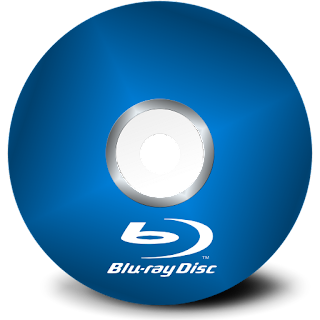 Singulus Technologies AG announced that it has successfully developed BLULINE III, a new replication line capable of manufacturing triple-layer Blu-ray Discs with a storage capacity of 100GB. The BLULINE III will allow the production of next generation optical discs using the current BLULINE II machines for dual-layer Blu-ray Discs.

Following the announcement Dr.-Ing. Stefan Rinck, Chief Executive Officer of Singulus Technologies AG, commented: "Just in time for the market introduction of the new ultra-high definition television technology (4K or Ultra-HD), we completed the development of the production technology for the new triple-layer Blu-ray Discs with 100GB storage capacity. For Singulus
Technologies AG, in the Optical Disc segment the year 2013 has been very positive overall. Until the end of this year's August we received significantly more orders for Blu-ray Disc production machines than in the prior-year period. We also see good opportunities for the sales of our Blu-ray production equipment in the future. The positive life cycle of the Blu-ray Disc will continue for some years with the launch of the new ultra-high definition television format".

The following information was also provided with the official announcement:

"The further advancement of today's Blu-ray Discs, the triple-layer Blu-ray Discs with 100GB storage capacity, is the preferred playback medium for the new 4K technology. With the realization of a new and specifically designed data compression method for the ultra-high definition technology, the storage volume per information layer can be increased from 25GB to 33GB. In its committees, the Blu-ray Disc Association (BDA) is currently discussing the specifications of new, global standards. Singulus Technologies already completed the marketable concept of a new replication line.

At the IFA 2013 media and technology companies provide insights into the future of television: Sky, Astra, Sony, Harmonic, the Fraunhofer Heinrich-Hertz-Institute and the German TV-Platform present ultra-high definition. The new generation of high definition television provides four times the resolution (3,840 x 2,560 pixels) of HDTV. 4K will become less expensive: in Berlin a Chinese manufacturer is presenting new Ultra-HD TVs with a price tag of less than €2,000.

In the 1st half of 2013 Blu-ray Disc sales increased by 41 % compared with the same period one year ago (German Association of Audio-Visual Media (BVV), August 2013). With a share of more than 90 %, physical media (Blu-ray and DVD) also continue to dominate sales in the home entertainment market in 2013. Blu-ray Disc sales in the U.S., the international key market, will expand with a double-digit growth rate in 2013. This favorable trend is amplified by the market launch of the new ultra-high definition television technology and the upcoming market introduction of the new gaming consoles Playstation PS4 by Sony and Microsoft's Xbox One. Both gaming consoles are even expected to be equipped with a Blu-ray drive with 4K support to win the consumers' favor. At several gaming conventions and the IFA, the two new consoles were a highlight."