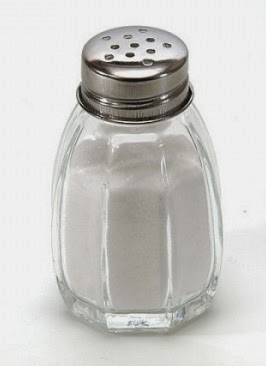 Consuming too much salty food may speed up cellular aging in overweight and obese teenagers, according to a recent study HealthDay reported.

The new research was presented at the American Heart Association's EPI/NPAM Scientific Sessions 2014.

"Lowering sodium intake, especially if you are overweight or obese, may slow down the cellular aging process that plays an important role in the development of heart disease," lead researcher Haidong Zhu, assistant professor of pediatrics at Medical College of Georgia, Georgia Regents University in Augusta, GA., said in a statement.

The study examined the effect of a high salt diet on the length of telomeres - the protective ends on chromosomes - in normal weight and overweight and obese teens. Telomeres naturally shorten with age, but this process could be accelerated by smoking, physical inactivity and high levels of body fat.

She said reducing salt intake may be easier than losing weight for people who want to lower their risk of developing heart disease and other diseases associated with being overweight or obese.

Although researchers found a link between eating salty foods and faster cellular aging, it did not prove a cause-and-effect relationship between the two, Healthday reported.

"This is early research, and it needs to be replicated. But it does suggest that high sodium intake impacts the telomere shortening process," Zhu said.
-----------------
http://www.universityherald.com/articles/8282/20140320/high-salt-intake-may-speed-up-cellular-aging-in-heavy-teens.htm

Posted by pratanacoffeetalk at 1:59 PM