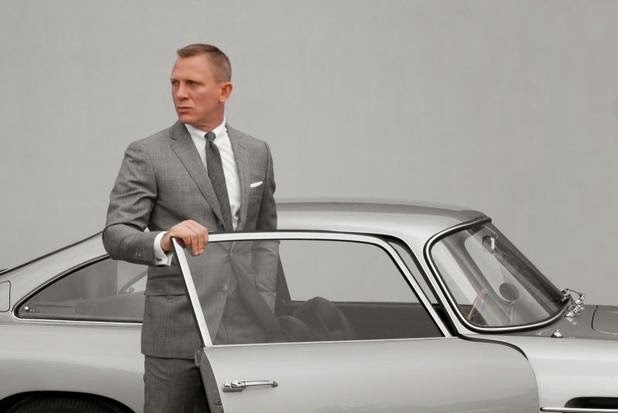 James Bond 24 Movie plot to continue from Skyfall with director Sam Mendes is back to direct James Bond with Craig managing to offer some teaser on what the story would hopefully be, as he told Vulture:
"Hopefully we'll reclaim some of the old irony, and make sure it doesn't become pastiche. I can't do shtick, I'm not very good at it. Unless it kind of suddenly makes sense. Does that make sense? I sometimes wish I hammed it up more, but I just can't do it very well, so I don't do it."

James Bond 24 movie is set to hit theaters nationwide on Nov. 6, 2015. With Skyfall managing to commemorate the franchise's 50th anniversary with a bang, grossing $1 billion worldwide and winning two Oscars.

Empire had a chance to talk to writer John Logan to provide some juicy information on the movie regarding the James Bond 24 movie plot.

"Right now the first draft is almost done. I'm terrifically excited about it! I've been working very closely with Sam [Mendes), and it's been joyous to pick up from our work on Skyfall and just continue on with the storytelling. The new movie continues the themes of Skyfall. Some of the characters and themes that we began to introduce in Skyfall will play out, I hope successfully, in the next movie."

Logan revealed that although the James Bond franchise is not limited to Ian Flemming's novels and stories it doesn't mean that James Bond 24 movie plot will not have some of its source material taken from Flemming's.

"The great thing about Bond is that I have fifty years of movies - 23 movies and all the Ian Fleming novels and short stories, all of which are fodder. And when I'm working on the new Bond I'm constantly going back to Fleming and the other movies - what are the bits and pieces, what are the resonances? One of the things we learned in Skyfall is that the audience really enjoyed those, they enjoyed when they saw the Aston Martin, they enjoyed when we had references to things they grew up with, either from Ian Fleming or from the other movies, and that's always been a part of my thinking about Bond."

The hunky British spy Daniel Craig will be returning to reprise his role in the 24th James Bond film together with his co-stars Naomie Harris as MI6's head secretary Eve Moneypenny, Ben Whishaw as the wizard inventor "Q," and Ralph Fiennes to become the new "M," and will serve as Bond's boss on his future missions.

"Face Off" villain John Travolta who starred opposite Nicholas Cage has expressed his interest in taking on the role of the bad guy in James Bond 24 movie.

Travolta is no newbie on portraying the role of a villain as he has proven his villainous characteristics in Pulp Fiction and Broken Arrow to name a few.

During his interview with The Daily Telegraph's Celia Walden, he revealed that his "tough guy" image for his movie projects like "The Forger" and the yet to be released mobster's biopic where he plays the role of John Gotti hasn't satisfied his inclinations yet.

Travolta's desire is to "close the chapter on playing villains" with a bang. He claims that playing a villain in a Bond movie would very much satisfy his penchant saying, "I would love that. They're going a different way with their villain in this next film but I've spoken to Barbara Broccoli (a producer) about it and she loves the idea, so that would be great."

However, celebrity names like Benedict Cumberbatch who voiced the evil "Smaug" in the recently released "The Hobbit" and even Bryan Cranston (Breaking Bad) have been rumored to take on the role of a villain.