MENTAL EXPERIENCES OF OUR MIND 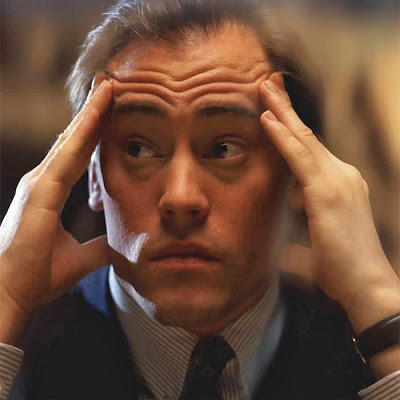 The experience of our minds may be shaped by belief. The idea that our minds are whatever we imagine them to be may seem like an assertion that is hard to prove. But confidence is crucial to learning and knowledge, so the term “imagination” in this sense simply connotes a confident belief in our constructed mental processes and our minds’ content.

Essentially, the mind may be understood as a “blank slate” in the human infant, and from that point onwards, knowledge is accumulated through association and confidence, including imagination. The mental world relies on belief, association and confidence in what
we learn. This can be contrasted with consensual sensory experience that allows for a perspective of reality that is more unified among and between people. The mind may be simply a more imprecise arena of experience, perhaps construed accurately as a “black box” or a field for activity that relies on imagination.

Even mistaken or inaccurate knowledge can be based upon association and confidence. This is certainly true for people with psychosis, who believe in auditory hallucinations and other “entities” within their minds.

Confidence and association may even be the basis for intelligence. Even when people with psychosis associate their experiences with delusional beliefs, they may remain confident in their hallucinations. Essentially, they may imagine these “entities” to occupy their minds, and associate them with whatever delusional beliefs seem most relevant. It may be that hallucinations may represent a psychotic individual’s mother and father, for example, in that the composition and appearance of such hallucinations may be based on early object relations or relationships that are primary for that individual.

The mind of the psychotic individual is formed by enmeshment and over-involvement with one’s hallucinations in that they are based on early object relations. Escape from them may therefore be impossible. This means that hallucinations and accompanying delusions penetrate the sanctuary of the mind, and thus may be abrasive and damaging. The self of the psychotic individual can be assaulted by a lack of privacy and an attunement to negative aspects of the self as reflected by hallucinations taking the form of imagined entities within the mind.

Dissociation is when the world seems unreal. It represents a perceived detachment from your body or emotional state in which both seem not real. It’s a concept which may apply to the psychotic individual’s experience of his mental realm, shaped by a retreat from punitive auditory hallucinations.

The onslaught of auditory hallucinations would allow for the phenomena involved in dissociation to occur in the mental realm, in addition to causing dissociation in the material realm. The “diminished affect” of psychotic persons is evidence of this. Diminished affect results from punitive emotional experience, as seen in situations that promote the phenomenon of learned helplessness. Learned helplessness and dissociation are compatible with punitive experience. In terms of dissociation, feelings of unreality of the self and the environment represent a defense mechanism that protects the psychotic individual from mental and emotional suffering from which that individual cannot escape. Likewise, learned helplessness emerges from suffering that one cannot escape.

Overall, the reality of trauma emerging from auditory hallucinated experiences will cause psychotic individuals to dissociate and withdraw even from experience in their own mental realm. The symptoms of dissociation may be targeted for treatment.

Posted by pratanacoffeetalk at 10:53 AM

Email ThisBlogThis!Share to TwitterShare to FacebookShare to Pinterest
Labels: Psychology