THE SKIN OF A SMOKERS MAY AGE FASTER 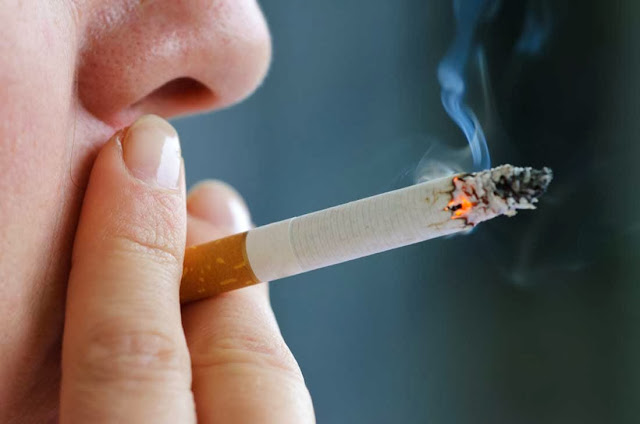 Smokers are likely to get bags under their eyes and wrinkles around their lips earlier than non-smokers, according to a new study of identical twins.

Judges who didn't know which twin smoked said the smoker looked older 57 percent of the time. That pattern held when both twins were smokers but one had smoked for many years longer than the other.

"Smoking makes you look old. That's all there is to it," Dr. Elizabeth Tanzi said.

"Besides lung cancer, heart attacks and strokes, just one more good reason to stop smoking is that it's definitely making you look a lot older," she told Reuters Health.

Tanzi is a dermatologist at the Washington Institute of Dermatologic Laser Surgery and George Washington University Medical Center. She was not involved in the new study but said it confirms what she and others see in practice.

The findings are based on standardized photos of 79 pairs of identical twins taken at the Twins Days Festival in Twinsburg, Ohio.

Dr. Bahman Guyuron from Case Western Reserve University and University Hospitals of Cleveland and his colleagues showed the photos to three trained judges, then asked them to grade each person's wrinkles and age-related facial features.

The twins were in their late 40s, on average. About three-quarters of them were women.

Forty-five sets of twins included one smoker and one non-smoker. Smokers tended to have more wrinkles and other signs of face aging. But the differences were often small.

There was no difference in assessments of crow's feet or forehead wrinkles based on smoking.

Other factors related to skin aging like sunscreen use, alcohol drinking and stress at work were similar among smoking and non-smoking twins, the researchers noted.

Of the remaining 34 twin pairs, one twin had smoked for an average of 13 years longer than the other.

Twins who had smoked for more years had more pronounced bags under their eyes and more wrinkles around their lower lips, according to findings published in Plastic and Reconstructive Surgery.

"It really just kind of confirms a lot of stuff that most people believed," said Dr. Alan Boyd. He is a dermatologist at Vanderbilt University Medical Center in Nashville, Tennessee, and wasn't part of the study team.

"I can usually spot a smoker from across the room because of some of their facial skin changes," Boyd told Reuters Health.

Still, he said the study adds another layer of evidence by putting numbers on the effect of smoking on different parts of the face.

The researchers didn't take into account how many cigarettes people smoked each day. And although weight was similar between smokers and non-smokers, they didn't know if differences in fat distribution affected facial appearance.

Tanzi said toxins from smoking can speed up the breakdown of collagen, protein fibers that support skin and help it stick together. Smoking also reduces the amount of oxygen going to the skin, she said.

In addition, having a regular source of heat close to the face may play a role in skin aging, according to Boyd.

"The effects are cumulative. So you can benefit from stopping smoking at any time," Tanzi added. But, "You want to be careful, because some of those changes may be permanent."

Facial creams and plastic surgery are options for people whose skin has been damaged by smoking, Guyuron told Reuters Health. But he said the goal of releasing the findings was to give people another reason never to start.

"We are hoping that by again emphasizing the harms that come from smoking we can dissuade individuals from smoking … knowing how much it may damage their skin," he said.