A woman who suffered from a rare genetic condition that prevented her from ageing has died, having never developed beyond the size of a toddler.

Brooke Greenberg was aged 20 when she passed away in the US last week, but she still looked and behaved like a child.

She slept in a cot, was pushed around in a pram, and doctors estimated she had a cognitive age of between nine months and one year.

Her funeral was held on Sunday, local time, at a synagogue outside Baltimore.

“While the outside world may have noticed Brooke's physical stature and been puzzled by her unique development state, she brought joy and love to her family,” Rabbi Andrew Busch, who delivered the eulogy at the funeral, told the New York Daily News.

“Her parents, three sisters and extended family showered her with love and respected her dignity throughout her entire life.”

The cause of her death has not been publicly released. 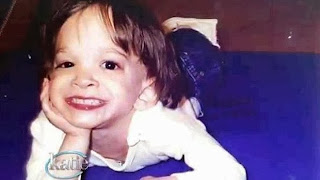 Brooke's parents realised there was something wrong with their child when her younger sister physically outgrew her.

The Greenbergs, from Reisterstown in Maryland, consulted numerous doctors and specialists who were all baffled by her condition, which they dubbed Syndrome X.

The syndrome is thought to affect only about a dozen people in the world.

Earlier this year, Brooke and her family, including her 17-year-old sister, made an appearance on a national talk show to discuss her condition.

Her parents, Howard and Melanie Greenberg, explained how their 20-year-old daughter could not talk, still had her baby teeth and travelled in a pram.

"From age one to four, Brooke changed. She got a little bit bigger. But age four, four to five, she stopped," Mr Greenberg said.

Richard Walker, a retired medical researcher from the University of Florida Medical School, told ABC News in the US that he had followed Brooke's case since she was two, and had compared her genetic code with that of other children with the same condition.

"In some people, something happens to them and the development process is retarded," he told ABC News. "The rate of change in the body slows and is negligible.

"There have been very minimal changes in Brooke's brain.

"Various parts of her body, rather than all being at the same stage, seem to be disconnected."

He also was studying the cases of two other people who never seemed to age.