SAM MENDES RETURNS AS DIRECTOR IN THE NEXT BOND'S FILM 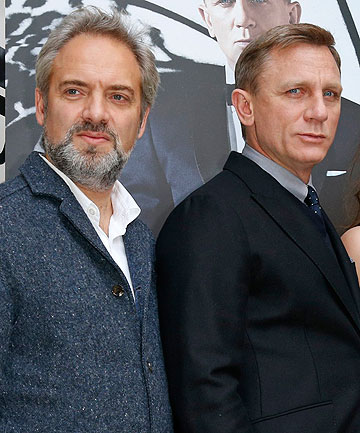 Oscar-winner Sam Mendes has confirmed he will direct the next James Bond film, following the critical and commercial success of his first 007 instalment Skyfall.

Daniel Craig is contracted to make two more movies as the British spy, with producer Barbara Broccoli telling Fairfax she hopes it is more. "He says two, I keep correcting him and saying 'at least two' because I don't want to ever think of a day where he may not do this anymore."

Craig however will only speak of the next film. "I'm contracted for two more and I want to do another one," said Craig. "Beyond another one it's very difficult to imagine, because they're such big events in your life. They take up every minute in your day when you're doing them."

Mendes will be joined behind the scenes by John Logan, the screenwriter of Skyfall, who also returns to pen the script for the new film, scheduled for release in October, 2015.

The pair have already developed a story, according to the films producers, who said in a statement on Thursday that "John Logan and Sam Mendes have come up with an extraordinary follow up to Skyfall and we, along with our partners at MGM, can't wait to share this new chapter with audiences all over the world."

Speaking to Fairfax, Broccoli explained the story process for Bond. "We always start off by saying 'What is the world afraid of?' and then we try to create a villainous character that is the physical embodiment of that fear. With Silva it was cyber-terrorism. We'll just have to see where he goes next."

Mendes had previously insisted that Skyfall would be his only Bond film, telling Empire magazine in June that "Directing Skyfall was one of the best experiences of my professional life, but I have theatre and other commitments, including productions of Charlie and the Chocolate Factory and King Lear, that need my complete focus over the next year and beyond."

Mendes recently debuted his musical adaptation of Roald Dahl's Charlie & the Chocolate Factory on London's West End, and gave the first hint of a possible turn around in interviews on the red carpet at the show's premiere.

That was confirmed with the statement from the Bond producers today. "I am very pleased that by giving me the time I need to honour all my theatre commitments, the producers have made it possible for me to direct Bond 24," Mendes said in the statement. "I very much look forward to taking up the reins again, and to working with Daniel Craig, Michael G Wilson and Barbara Broccoli for a second time."

That the producers worked so hard to bring back Mendes is no great surprise, given the success of Skyfall. The 23rd Bond movie took US$1.2 billion worldwide making it the highest grossing instalment in the franchise, and its critical praise extended to legitimate speculation that Mendes or the film might have been nominated for an Oscar this year. In the end it was nominated for five technical awards, winning for Best Original Song and Best Sound Editing.

No Australian release date has been confirmed however as Australia has been the final stop on a worldwide press tour for the last two Bond films, it is likely to fall soon after the US release