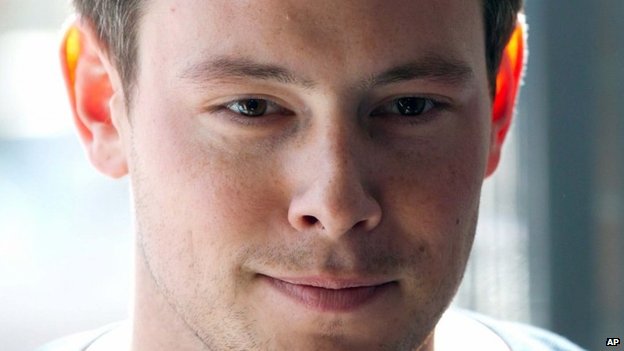 The 31-year-old, who played Finn Hudson in the Fox TV hit, was found dead at the Pacific Rim Hotel in the city centre on Saturday, said police.

The cause of death was not immediately apparent, but police have ruled out foul play.

Monteith, who had been in the musical comedy since its 2009 start, was treated for drug addiction in April, and had a history of substance-abuse.

His body was found by Pacific Rim staff after he missed his check-out time at midday on Saturday, said Vancouver's Deputy Police Chief Doug Lepard. Monteith had been dead for several hours, he added.

The actor had returned to his room at the Pacific Rim alone early on Saturday morning having been out with friends earlier in the evening, said Mr Lepard.

Calgary-born Monteith had checked into the hotel on 6 July.

In response to a question about whether the actor died of a drug overdose, Mr LePard said he would "not discuss anything that we might have found in the room at this time".

Coroner Lisa Lapointe said: "We do not have a great deal of information as to cause of death."

An autopsy is scheduled for Monday.

He was treated for drug abuse aged 19 and had been open about his battle against addiction, telling one interviewer he took "anything and everything".

When he entered rehab in April this year, girlfriend Lea Michele issued a statement saying she loved and supported Cory. "I am grateful and proud he made this decision," she added.

Michele played Monteith's opposite number Rachel Berry in Glee, which follows a group of American secondary school misfits who form the glee club in their quest for singing contest glory.

As Hudson, Monteith played the school's star quarterback who risks alienation by his friends after joining the club.

Known for its melodic covers and celebrity cameo appearances, Glee's four series had made global celebrities of its cast. The show featured guest spots by Britney Spears, Gwyneth Paltrow and Neil Patrick Harris.

Cory Monteith had not featured in the final episodes of the fourth series earlier this year and was understood to be seeking treatment for his addiction issues.

He had been expected to take part in the filming of the fifth series, due to air in the US in September.

"Cory was an exceptional talent and an even more exceptional person," said a statement by Fox. "He was a true joy to work with and we will all miss him tremendously."

Glee co-stars expressed their shock at his death and offered condolences to his loved ones.

Dot-Marie Jones, who plays the butch-but-sensitive American football coach at Glee's William McKinley High, tweeted: "I have no words! My heart is broken. Cory was not only a hell of a friend, he was one amazing man that I will hold close to my heart forever."

Posted by pratanacoffeetalk at 6:53 PM