PARENT CAN INFLICT EMOTIONAL HARM, NOT REALIZE IT 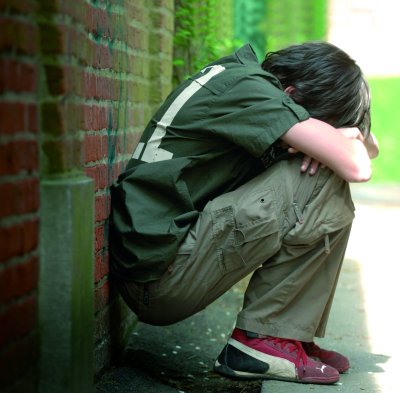 Parents and other caregivers who demean, bully, humiliate or otherwise emotionally abuse children may not know the harm they can cause and often do not get the help that they and their children need, says a new report from the American Academy of Pediatrics.

"Psychological maltreatment is just as harmful as other types of maltreatment," says today's report in Pediatrics. Yet it is not recognized, understood or studied as much as physical or sexual abuse, says a team of authors that includes members of the American Association of Child and Adolescent Psychiatry.

Even experts can "struggle to tease out" when words or actions cross the line from less-than-ideal parenting to emotional abuse, says co-author Roberta Hibbard, director of child protection programs at Indiana University and Riley Hospital for Children, Indianapolis.

It is abuse when "an interaction between a parent and child inflicts harm and causes difficulty with the child's emotional well-being and development," she says. Anything from repeated insults to threats to ignoring a child may qualify. "But you really can't pinpoint and say that the one time that you called the child 'stupid' is the reason they are having these problems," she says.

The report, which updates one issued by the academy in 2000, says emotional abuse:


Is linked with mental illness, delinquency, aggression, school troubles and lifelong relationship problems among those who were abused.

Can be especially harmful in the first three years of life.

May be the most common form of child maltreatment, with severe psychological abuse recalled by 8% to 9% of women and 4% of men in studies in the USA and United Kingdom.

Broad education programs that spread positive parenting techniques may help, as may more targeted programs for families at high risk. The report asks pediatricians to educate all parents and reach out to families in trouble.

In many cases, it's a matter of "breaking a cycle of abuse," says Alec Miller, chief of child and adolescent psychology at Montefiore Medical Center in New York. Miller, who did not contribute to the report, says: "I often ask parents if in their own childhoods, they experienced things like this. And a lot of them say, 'Of course, and I just pulled myself up by my boot straps.' " One thing he tells these parents: What slides off one child may be devastating to another.

James Hmurovich, president of Prevent Child Abuse America, in Chicago, says "we need to make this a national issue" and a personal responsibility. Anyone who sees a child being berated should, at least, step in to "break the moment."

When you see clear abuse, you should call a child-abuse hotline, Hibbard says.