WHAT WE CAN LEARN FROM KODAK'S DOWNFALL 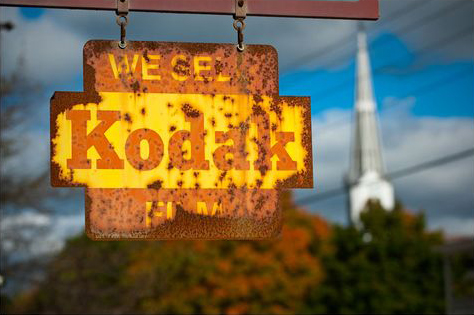 The lesson of Eastman Kodak Co. is not that the company that invented the digital camera was blind to the fact that technology would annihilate its cash cow film business.

The lesson is that even seeing the oncoming train heading down the tracks doesn’t make avoiding it easy, said Scott D. Anthony.


Kodak’s woes show “how brutally hard it is to get transformation right,” said the managing director and head of the Asia-Pacific operation of innovation consulting firm Innosight and author of the new book Little Black Book of Innovation: How It Works, How To Do It ($25, 281 pages, January 2012, Harvard Business Review Press).

Anthony, who lives in Singapore, also co-authored a December 2011 piece in Massachusetts Institute of Technology’s Technology Review, The Empire Strikes Back: How Xerox and Other Big Corporations are Harnessing the Force of Disruptive Innovation.

Anthony said businesses looking to make substantive changes that have impact can learn a lot from Kodak’s rise as an industrial and consumer products giant to its fall in the form of its filing for Chapter 11 bankruptcy protection on Jan. 19. Among them: Don’t get trapped by your business model, as it can cause you to miss big growth opportunities; develop a big portfolio of those possible growth opportunities instead of focusing on one; and start looking for ways to change before it’s necessary to do so.

“I call it ‘the innovator’s paradox’ — that when you have the freedom to change, you don’t feel the urgency,” Anthony said. “For example, in the early days of the market disruption caused by digital imaging, the late 1990s, Kodak’s core film business actually was growing. A lack of urgency allows a company to treat new growth efforts as science experiments that are academically interesting but not vital. However, once the urgency grows, degrees of freedom narrow rapidly as attention goes to staunching the bleeding in the core business.”

Anthony discussed Kodak and the challenge of innovation in an interview with the Democrat and Chronicle.

D&C: Given the innovator's paradox, how can a company best know when it should be putting resources into its core business vs. investing in innovation? For example, with Kodak, what were the warning signs it should’ve seen to know now is the time to invest more in digital, not film?

Anthony: There are three specific things to watch for when you are deciding the pacing of investment in new growth. The first is changes in the rate of growth of the core business. Kodak’s business was growing, but at an increasingly decelerating rate. The second is important developments at the periphery of your industry. Any fast-growing market is worth watching, even if the size on absolute terms is small. The third is early warning signs of change. In other words, determine what factors would really cause serious damage to your business. Then identify what “trigger events” indicate that the probability of those events has changed in a meaningful way.

I would also note that my general perspective is that Kodak’s problem wasn’t necessarily that it invested insufficient funds in digital imaging and other new growth businesses.

It appears to me the bigger problem was how it framed and managed those investments. In fact, you could argue it invested too much, which forced it to target large existing markets, because small emerging markets couldn’t justify billions of dollars of investment.

D&C: It’s easy in retrospect to say a company should’ve done more of X or less of Y. But in the moment, how can a company know the balance it must strike between its core business and trying to innovate in new directions?

Anthony: It is indeed an incredibly difficult balance to strike. History shows that most companies get it wrong. So, you will be right more often than you are wrong if you say any company is neither investing enough in new growth nor managing that investment appropriately.

Of course, what makes this so hard is it really has to be an “and” proposition. That is, you simply cannot take your eye off the core business for even a split second, because that core provides all the cash flow for investment in growth, and when it gets sick, your degrees of freedom shrink rapidly.

D&C: If the leadership of a company has expertise in a particular direction or business model, how much of a leadership change is typically needed in order to innovate in a very different model? If a company has struggled to turn around, like Kodak, is that indicative of executive ranks that need changing because of the failure to innovate successfully?

Anthony: As an analogy, think about what happened when Michael Jordan left the Chicago Bulls to go play baseball. He was much better at baseball than you or me, but he wasn’t close to a major league-quality player. People who spend their entire lives honing one set of skills find it understandably different to innovate and act in very different ways.

Now, of course Kodak brought in a bunch of outsiders, including Antonio Perez, who is a very smart, very successful executive. One can only speculate what would have happened if Perez had come in a decade earlier.

D&C: What are the companies today that are innovating well and what are they doing right? And conversely, what are the ones that obviously are dropping the innovation ball?

Anthony: Apple is obviously the cliché answer to this question. But there are other “quiet” innovators out there. Take, for example, the Swiss agrichemical company Syngenta. The company has found innovative ways to compete in developing markets, using unique business models to go after individual farmers. What I like is that the company is very thoughtful about innovation, they approach innovation in a disciplined way, and they have invested to train and develop their people. I see some companies in Asia that are doing very interesting things. The Tata Group and Godrej and Boyce in India are both constantly looking for ways to transform existing markets and create new ones. The ones that get it right have this kind of restlessness where they are always searching for the next thing. In terms of ones dropping the innovation ball, one obvious candidate is Sony. The last 10 years could have been beautiful for the company, but it seems to still struggle to do anything beyond its base business.

Posted by pratanacoffeetalk at 6:05 AM