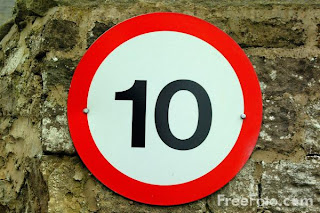 1. Color Me Blue
A 2009 study found that subjects solved twice as many insight puzzles when surrounded by the color blue, since it leads to more relaxed and associative thinking. Red, on other hand, makes people more alert and aware, so it is a better backdrop for solving analytic problems.


2. Get Groggy
According to a study published last month, people at their least alert time of day—think of a night person early in the morning—performed far better on various creative puzzles, sometimes improving their success rate by 50%. Grogginess has creative perks.

3. Daydream Away
Research led by Jonathan Schooler at the University of California, Santa Barbara, has found that people who daydream more score higher on various tests of creativity.

4. Think Like A Child
When subjects are told to imagine themselves as 7-year-olds, they score significantly higher on tests of divergent thinking, such as trying to invent alternative uses for an old car tire.

5. Laugh It Up
When people are exposed to a short video of stand-up comedy, they solve about 20% more insight puzzles.

6. Imagine That You Are Far Away
Research conducted at Indiana University found that people were much better at solving insight puzzles when they were told that the puzzles came from Greece or California, and not from a local lab.

7. Keep It Generic
One way to increase problem-solving ability is to change the verbs used to describe the problem. When the verbs are extremely specific, people think in narrow terms. In contrast, the use of more generic verbs—say, "moving" instead of "driving"—can lead to dramatic increases in the number of problems solved.

8. Work Outside the Box
According to new study, volunteers performed significantly better on a standard test of creativity when they were seated outside a 5-foot-square workspace, perhaps because they internalized the metaphor of thinking outside the box. The lesson? Your cubicle is holding you back.

9. See the World
According to research led by Adam Galinsky, students who have lived abroad were much more likely to solve a classic insight puzzle. Their experience of another culture endowed them with a valuable open-mindedness. This effect also applies to professionals: Fashion-house directors who have lived in many countries produce clothing that their peers rate as far more creative.

10. Move to a Metropolis
Physicists at the Santa Fe Institute have found that moving from a small city to one that is twice as large leads inventors to produce, on average, about 15% more patents.