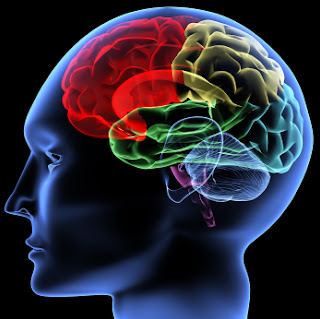 A new study demonstrates that an active brain is just as essential to continued health as an active body. Researchers have learned that fewer deposits of beta-amyloid, a destructive protein associated with Alzheimer's, appear in the brain scans of people who engage in mental stimulating activities throughout their lives.

The principal investigator for the study, Dr. William Jagust, of UC Berkeley's Helen Wills Neuroscience Institute and Lawrence Berkeley National Laboratory stated, "These findings point to a new way of thinking about how cognitive engagement throughout life affects the brain. Rather than simply providing resistance to Alzheimer's, brain-stimulating activities may affect a primary
pathological process in the disease. This suggests that cognitive therapies could have significant disease-modifying treatment benefits if applied early enough, before symptoms appear".

The number of deaths from Alzheimer's rose by 66 percent between 2000 and 2008, an increase tied to the aging of the baby boomer generation, making the disease the sixth-leading killer in the US. A draft of the first-ever National Alzheimer's Plan, released in January 2012, states that one of the government's health goals is to find an effective treatment for this incurable disease by 2025.

The research of Jagust and his team, published recently in the Archives of Neurology, highlights the importance of amyloid, a type of protein fiber which accumulates as plaque in the brain. Since beta-amyloid has been identified as a possible cause to Alzheimer's disease, the new study, funded by the National Institute of Health and the Alzheimer's Association, is an important step forward and a guidepost for future studies.

The build-up of amyloid is in part related to factors outside individual control such as genetics and the natural effects of the aging process. However, the new study suggests people may have more ability than previously thought to minimize this harmful protein in the brain through reading, writing, solving puzzles or playing mentally challenging games.

Researchers emphasize that preventive activities should take place early. "Amyloid probably starts accumulating many years before symptoms appear. So it's possible that by the time you have symptoms of Alzheimer's, like memory problems, there is little that can be done to stop disease progression. The time for intervention may be much sooner, which is why we're trying to identify whether lifestyle factors might be related to the earliest possible changes," said study lead author Susan Landau, a research scientist at the Helen Wills Neuroscience Institute.

The study involved 65 healthy, cognitively normal adults aged 60. Participants responded to questions about how frequently they participated in such mental activities over the course of their lives from age 6 onward. Participants also received extensive neuropsychological testing to assess memory and other cognitive functions.

PET (positron emission tomography) scans were given to all the research subjects using a new tracer called Pittsburgh Compound B which provides a visual reading of amyloid in the brain. The brain scans of the healthy study subjects were compared with those of patients diagnosed with Alzheimer's disease and also with healthy people in their 20s.

The researchers found a strong correlation between higher levels of cognitive activity over a lifetime and lower levels of beta-amyloid in the PET scans. Lifelong cognitive engagement was found to be independently linked to amyloid deposition, regardless of other factors such as gender and educational level. Unless tied to a life history of mental activity, current cognitive exercise seemed to have little effect on amyloid disposition. Landau noted "What our data suggests is that a whole lifetime of engaging in these activities has a bigger effect than being cognitively active just in older age."