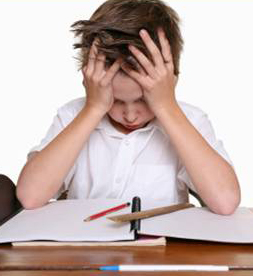 (NaturalNews) Are your kids getting enough vitamin D? If not, they could be at a higher risk for depression. A new study from the University of Bristol in the United Kingdom shows that children and teens with higher levels of vitamin D are less likely to experience depression than those with lower levels.

The children with higher levels of vitamin D were 10 percent less likely to have depression. These children also showed a decrease in symptoms of depression as they became teenagers.

Vitamin D helps with depression in kids and adults

The best source of vitamin D is the sun, which can help you produce thousands of IUs of vitamin D with good exposure in the summer months. However, not everyone can get enough exposure to the sun to correct a vitamin D deficiency. In this case, eating foods rich in vitamin D can help. These include cod liver oil, salmon, mackerel, tuna and organic egg yolks. You can also supplement with vitamin D3 if you do not get enough vitamin D through sun exposure or your diet.


About the author:
Elizabeth Walling is a freelance writer specializing in health and family nutrition. She is a strong believer in natural living as a way to improve health and prevent modern disease. She enjoys thinking outside of the box and challenging common myths about health and wellness. You can visit her blog to learn more:
www.livingthenourishedlife.com/2009/10/welcome.html