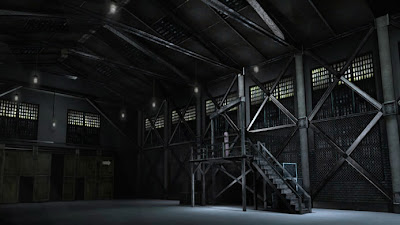 A U.S. State Department official expressed outrage and pressed Iran to reverse a court decision that gives an Iranian pastor an outrageous, and suicidal, choice: Reject his Christian faith, or die.

The 32-year-old pastor, Yosef Nadarkhani, was arrested in October 2009 for apostasy because he objected to the teaching of Islam to Christian children at Iranian schools. He was sentenced to death by hanging late last year, a verdict that he appealed to Iran’s Supreme Court.
Late last month, the appeal appeared to have been granted, as his lawyer indicated to a news agency on July 3. But an Iranian human rights agency now says the ruling actually imposes the recant-or-die choice, according to CNSNews.com.

“While Iran’s leaders hypocritically claim to promote tolerance, they continue to detain, imprison, harass, and abuse those who simply wish to worship the faith of their choosing,” State Department spokeswoman Victoria Nuland said.

The indictment against Nadarkhani, a father and evangelical pastor who became a Christian at age 19, accused him of organizing evangelistic meetings, sharing his faith, inviting others to convert, running a house church, and “denying Islamic values,” CNSNews reports.

After his death sentence, his appeal appeared to win a reversal of the fate of hanging.

But the victory was not as clear-cut as it seemed, and Nadarkhani now has been told that he may face new charges or the case could be returned to the original sentencing court in northern Iran’s Gilan province, according to the Human Rights Activists News Agency, an association that Iranian human rights advocates established in 2009.

Now, it appears that the Gilan court will “question the defendant again in order to determine whether he believes in Islam or not. If he is a Muslim, Yosef Nadarkhani must be released. If it is determined that he is a Christian, he may repent from his faith. Otherwise, if he insists on his beliefs, the death penalty must be carried out,” CNSNews quotes the agency as saying.

And the advocacy group Christian Solidarity Worldwide said, that, despite reports that the death sentence had been reversed, “in reality the Supreme Court appears to have added a precondition requiring him to renounce his faith, or face execution.”

Although Nadarkhani didn’t practice any faith before he became a Christian at 19, he was born to Muslim parents and Islamic law dictates that a child of Muslim parents is considered to be a Muslim.
Although apostasy is not an offense in the Iranian penal code, CNSNews reports that Iran’s constitution includes a clause demanding that, if a basis for a judicial ruling does not exist in the law, judges must turn to “reliable Islamic sources or a valid fatwa.”

The most recent execution of a Christian in Iran for his faith took place 21 years ago, when Assemblies of God Pastor Hussein Sodmand was hanged after refusing to recant, according to CNSNews.