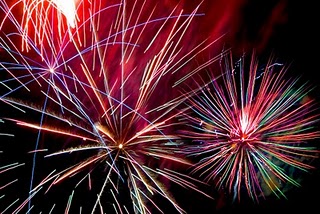 On my way home from coaching basketball yesterday, I was listening to WGN; my favorite talk radio station out of Chicago. I could tell right away that there was something wrong by the somber mood of the speaker.

There had been a plane crash. Two small planes collided into each other over a northern suburb of Chicago. What made the story hit close to home was that Bob Collins, the morning show man for WGN, was the pilot of one of the planes and had been killed. (I’m sure that many readers have tuned in “Uncle Bobby” on their car radios in the Midwest.)


Later that night, as I made my 40 minute drive to my third shift job, I listened as the station reminisced and paid tribute to a man who was loved by many. They told story after story, describing him as the ultimate friend, and a man who had lived life to the fullest. Genuine love and affection poured in from all over the country. The more I listened about how this man had influenced those around him, the more discouraged I became.

I was discouraged because I wanted to know why we as a culture, wait until somebody has passed away before we tell them how much we love them? Why do we wait until someone’s ears can’t hear before we let them how much they mean to us? Why do we wait until it is too late before we recall the good qualities of a person? Why do we build someone up after they have gone into eternity? What good does it do then! We share memory after memory, as we laugh, cry, and think back about what was positive in a person’s life. Yes, it does help us cope with the grief of losing someone that was special to us. And yes it does bring those who are coping, closer together. But as we lovingly remember this person, our words fall short of the ears that most needed to hear them.

Just once I would like to see a celebration of life, instead of a gathering of death. A celebration where stories are told, eyes mist over, laughter rings out; and as the speaker concludes his or her loving tribute, the person they are honoring rises from their chair and gives them the biggest bear hug! Wouldn’t that be something! The special person gets to hear the stories and come to the realization that they have made a difference on this earth. And all this is done well before they leave their earthly bodies and go into eternity. And when the inevitable funeral finally comes, we can say good bye with the knowledge that they knew exactly how people felt about them while they were here on earth.

I now have a stronger resolve to tell those around me how much they mean to me. I am going to let my wife know just how loved and appreciated she is, not only by my words, but also by my actions. I am going to play Batman with my four year old more often, and in the middle of our romping, I am going to grab him, hug him tightly, and tell him how thankful I am that he is my son. I am going to sneak into my sleeping toddler’s bedroom, place my lips on his chubby cheek, and thank God for the bundle of joy he has brought into my life. Each day I will make a point to tell both of my boys how much I love them, whether they are four or eighteen! From there, I am going to let family and friends know the tremendous impact they have had on my life. And last but not least, I am going to let the high school players I coach know that I look forward to each and every minute that I get to spend with them in the gym.

Do you love someone? Then tell them! Has someone been an influence in your life? Then give them a call! Has someone made a difference in your life? Then write them a letter or send them an email! Don’t let another day go by without letting that person know. There is something special about a written letter that expresses feelings of love towards another. I don’t know about you, but I have letters and cards from people that I have saved for years, and from time to time, I get them out and reread them. They can turn a depressing day into one where you realize just how blessed and loved you are.

Life is too short to leave kind words unsaid. The words you say, or the letter you write, might just make all the difference in the world.
----------
http://www.inspirationalarchive.com/837/celebration-of-life/
http://orlandofloridablog.blogspot.com/2010/06/flashback-4th-of-july-in-celebration.html
Posted by pratanacoffeetalk at 6:03 AM