THE MAN WHO NEVER WAS 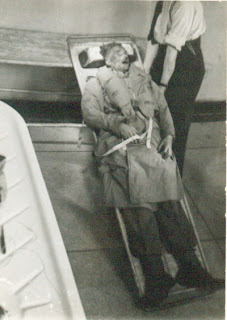 Who says hoaxing can’t be useful, especially in wartime? Not the British, who decided to confuse the Germans by taking the body of a deceased pneumonia victim, dressing him in a Royal Marine Uniform, handcuffing him to a briefcase full of “top secret” invasion plans, and setting him adrift off the coast of Sicily. The payoff? The Italians found the body and turned the briefcase over to their German allies, who learned from it that the allies planned to invade Greece and Sardinia rather than Sicily. The only problem was the allies had no such intention, making the landings in southern Sicily in July, 1943 a piece of cake thanks to the Germans thoughtfully leaving the coastline largely undefended—all because of a nameless hero and a bit of simple but clever hoaxing
------------
http://www.bizarrebytes.com/top-ten-famous-hoaxes-in-history/
Posted by pratanacoffeetalk at 8:23 AM