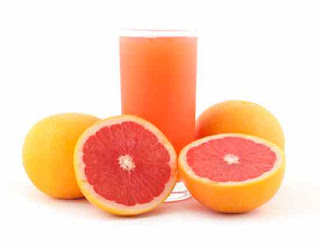 Many people don’t realize that grapefruit and grapefruit juice has the potential to negatively interact with many drugs and prescribed medications. This happens because the organic compounds in the grapefruit interfere with the intestinal enzyme cytochrome P450 isoform CYP3A4. This causes either an increasing or decreasing bioavailability. The interaction can be witnessed in a number of therapeutic, medical and recreational drugs. Grapefruit juice does not influence injected drugs, only oral substances that undergo first-pass metabolism by the enzyme.


Some of the most common examples of these drugs are a number of sedatives, slow release drugs, ingested marijuana, Codeine, Valium, Norvasc, Pravachol, Cordarone, Viagra, Zoloft, Allegra, and Lipitor. People should not take large amounts of grapefruit while ingesting these medications. When a physician prescribes a specific dose of a drug to a patient, they are working under the assumption that the person will absorb the drug at a specific rate. This calculation is based on the individual’s body type and weight. This information will inform the physician on how much medication to prescribe.

Grapefruit juice has an influence on the enzymes in your gastrointestinal tract that bring food and oral medications into your body. For this reason, grapefruit juice seems to affect both the rate of the drug coming into your body and how quickly it is removed. The end result can be an overdose or an uneven dosage for your size. Grapefruit extends the half life of some drugs, interfering with the body’s ability to break down the substance. The interaction caused by grapefruit compounds lasts for up to 24 hours and the reaction is greatest when the juice is ingested with the drug.
---------------
http://listverse.com/2011/01/10/10-questions-to-make-you-think/
Posted by pratanacoffeetalk at 8:36 PM