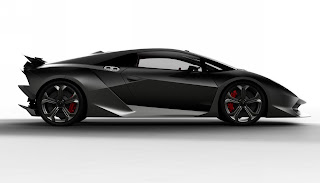 The Sesto Elemento is equipped with a 6-speed paddle-shifted manual transmission and all-wheel-drive system, mated to a 5.2-litre V10 engine borrowed from the Lamborghini Gallardo, generating 570 horsepower and 398 ft-lb of torque. The chassis, body, driveshaft and suspension components are made of carbon fiber, reducing the overall weight to a mere 2,202 lbs, making it the lightest car Lamborghini has ever produced. Perspired air is released through 10 distinctive hexagonal holes in the engine cover, while two intakes funnel cool air into the mid-mounted engine compartment. 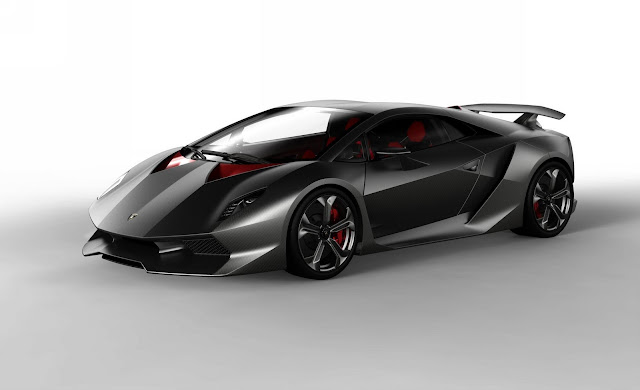 The Sesto Elemento's high amount of horsepower combined with low overall weight translate to a power-to-weight ratio of just 3.86 lbs/hp. Lamborghini claims a 0–100 km/h (0-62 mph) acceleration time of just 2.5 seconds, and a top speed in excess of 300 km/h (186 mph). 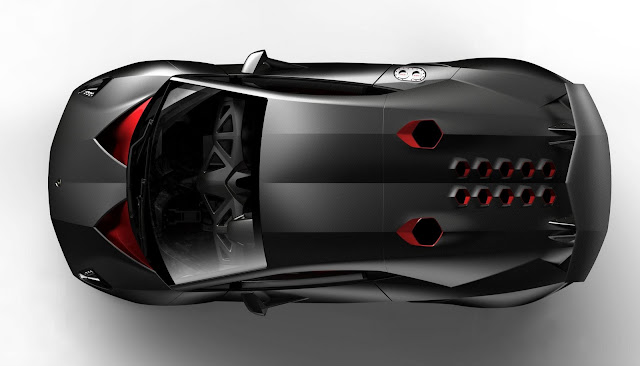 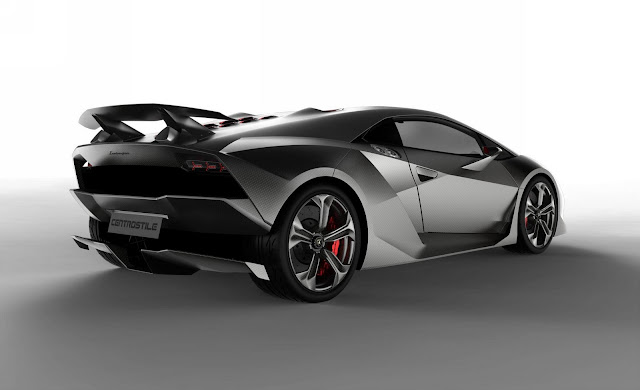 The Sesto Elemento's name stems from the car's extensive use of carbon fiber, carbon being the sixth element in the periodic table of elements. 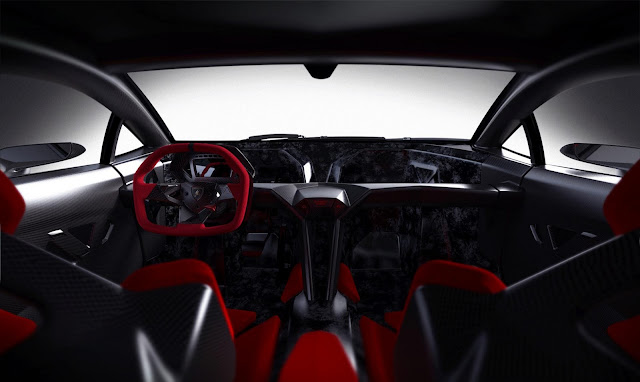 Posted by pratanacoffeetalk at 3:11 PM