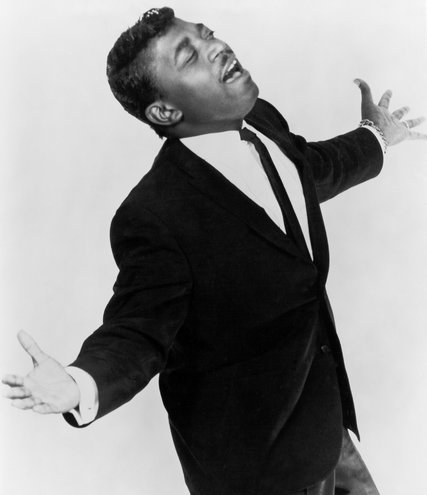 Percy Sledge, the R&B singer whose soulful ballad of eternal love and rejection, “When a Man Loves a Woman,” topped the charts in 1966, died on Tuesday in Baton Rouge, La. He was 74.

His death was confirmed by Artists International Management, which represented him. Mr. Sledge had liver cancer, for which he underwent surgery in 2014, Mark Lyman, his agent and manager, said.

Mr. Sledge, sometimes called the King of Slow Soul, was a sentimental crooner and one of the South’s first soul stars, having risen to fame from jobs picking cotton and working as a hospital orderly while performing at clubs and colleges on the weekends.“I was singing every style of music: the Beatles, Elvis Presley, James Brown, Wilson Pickett, Motown, Sam Cooke, the Platters,” he once said.

“When a Man Loves a Woman” was his first recording for Atlantic Records, after a patient at the hospital introduced him to the record producer Quin Ivy. It reached No. 1 on the pop charts in 1966 and sold more than a million copies, becoming the label’s first GOLD record. (The Recording Industry Association of America began certifying records as gold in 1958.) Raw and lovelorn, the song was a response to a woman who had left him for another man, Mr. Sledge said. He called its composition a “miracle.”

An album of the same name was released that year, and three more studio albums for Atlantic followed in the 1960s: “Warm and Tender Soul,” “The Percy Sledge Way” and “Take Time to Know Her.”

While Mr. Sledge never again reached the heights of his first hit, “When a Man Loves a Woman” had many lives: as an early highlight of the Muscle Shoals, Ala., music scene; as a movie soundtrack staple in the 1980s, heard in “The Big Chill” and “Platoon”; and in a 1991 cover version by Michael Bolton, which also topped the Billboard chart and earned Mr. Bolton a Grammy.

Although the song, which ranks 53rd on Rolling Stone’s list of the 500 greatest of all time, is credited to two of Mr. Sledge’s early bandmates, the bassist Calvin Lewis and the organist Andrew Wright, who assisted with the arrangement, Mr. Sledge said of the melody, “I hummed it all my life, even when I was picking and chopping cotton in the fields.”

Still, because he was not listed as a co-writer, Mr. Sledge never received royalties for “When a Man Loves a Woman” in any of its forms. “Worst decision I ever made. But I am not at all bitter,” he told Blues and Soul MAGAZINE, noting that he was only 25 at the time. “It was God’s will for me to give it to them. But if I had my time again, I wouldn’t do it. Because of my children.”

Percy Tyrone Sledge was born on Nov. 25, 1940, in Leighton, Ala., a poor farm town where he developed as a vocalist by singing in the local gospel choir. The music critic Dave Marsh has compared Mr. Sledge’s weighty, smooth wail to “the South itself, in all its bountiful, contradictory mystery.”

After he was discovered by Mr. Ivy in 1965 — patients at the hospital where Mr. Sledge worked “all told him, ‘You should make records,’ ” Mr. Lyman said — Mr. Sledge hit the studio in nearby Sheffield, Ala., an opportunity that left him scared and “shaking like a leaf,” he said.

But having struck GOLDright away, Mr. Sledge, whose wide, gaptoothed smile never changed, spent much of the next 50 years recording and performing to international audiences, hitting the charts with songs like “I’ll Be Your Everything” well into the 1970s. He was inducted into the Rock and Roll Hall of Fame in 2005, and his final album, “The Gospel of Percy Sledge,” was released in 2013.

The next year Mr. Sledge played his final concert. “I just couldn’t keep him out there,” Mr. Lyman said. “He wanted to, but I couldn’t do it.”

Mr. Sledge’s survivors include his wife, Rosa Lee Sledge, and 12 children. His admirers in the industry, Mr. Lyman added, included Billy Joel, James Taylor, Bo Diddley and the E Street Band’s Steven Van Zandt, who enlisted Mr. Sledge to perform “When a Man Loves a Woman” at his wedding in 1982.