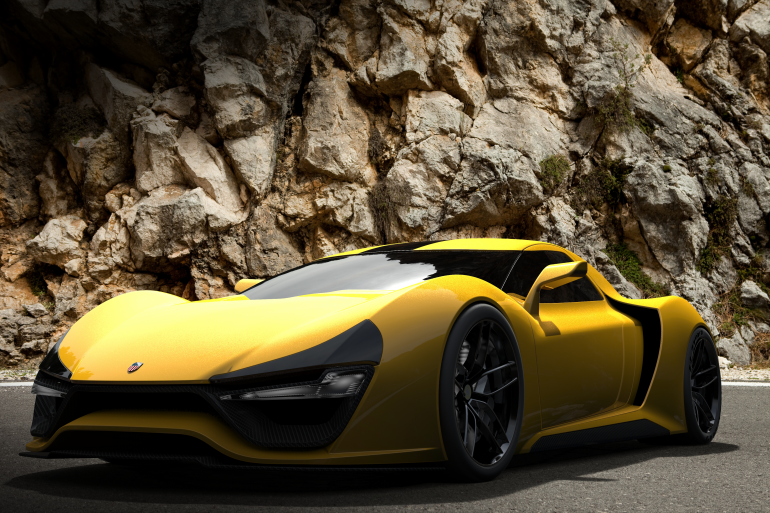 Ultra-powerful, world-speed-record supercars are earning a lot of attention lately. Hot on the heels of Hennessey's 270.49-mph (435.31 km/h) speed record and Koenigsegg's 1-megawatt One:1, we have an all-new contender from a young American start-up. Trion Supercars' Nemesis is an angry, 2,000-hp beast that has its eyes on the world record territory north of 270 mph (435 km/h).

In 2012, Rich Patterson fulfilled his lifelong dream, leveraging nearly three decades in the automotive industry to found his own company, California-based Trion Supercars. Patterson's experience in cars began at the tender age of 15 when he won a contest for an apprenticeship at General Motors Fisher Body Group. He went on to build a career in the industry, working for notable names like Chrysler, Tesla and Fisker, with a focus on interior design.

Patterson's experience in interior design and space solutions shines through in the proposed design of the Nemesis supercar. The car looks as low and compact as any supercar out there, but Trion plans to make a car that can accommodate a 6-foot 4-in (2-m) driver comfortably, while carrying golf clubs or luggage in the trunk. It also says the cabin will capitalize on reduced volumes to increase spaciousness. An internet-connected infotainment display will connect the driver and the car to the wider world. 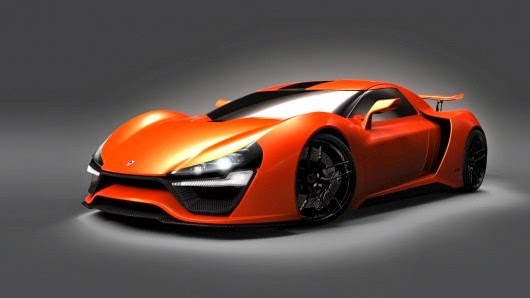 Of course, if you wanted a spacious, cozy car, you wouldn't be looking at a boutique supercar. The real story of the Nemesis is its 2,000-hp twin-turbo V8 engine, a massive, growling power plant that will send the car screeching to an estimated 270+ mph (435+ km/h) top speed after hitting 60 mph (96.5 km/h) in 2.8 seconds. Trion also mentions offering hybrid and electric versions but doesn't provide further details.

Trion hasn't provided much other hard information about the Nemesis, but it does say that the car will feature an eight-speed sequential transmission; multiple driving modes, including a "predator mode" with modified height, suspension, exhaust and rev limits; and active aerodynamics. It will be constructed with a carbon fiber chassis and body with Inconel alloy mixed in. 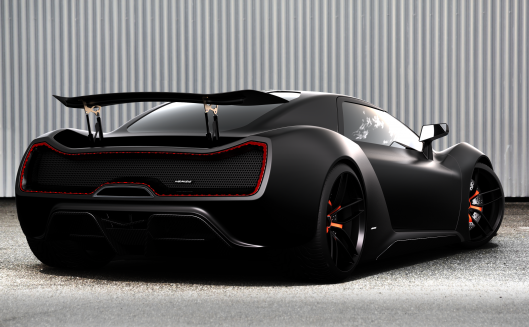 Maybe it's just the orange color that Trion chose for the rendering up top, but the Nemesis reminds us of a rougher, less voluptuous McLaren P1. It has a similarly angry glare to its face and a mesh rear fascia surrounded by taillights. It's a good looking design as far as American supercars go, but we're not sure it will effectively meet Trion's goal of challenging "European dominance of the prestigious exotic supercar category."

Trion says that it plans a line of vehicles starting in the mid-range exotic market and working right up to the "very high end." Its initial renderings show a number of Nemesis trims, including the electric E and a GT. 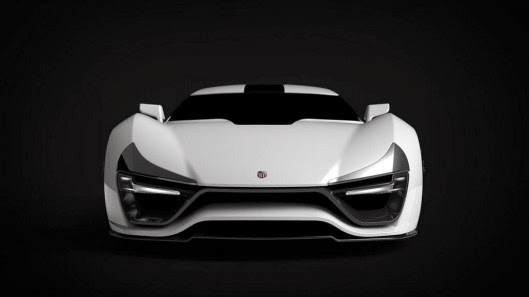 The Trion Nemesis isn't the only 2,000-hp American supercar on the horizon. The TranStar Racing Dagger GT revealed several years ago is a Nemesis colleague that promises even more extreme (perhaps implausible) estimates, including a 315-mph (507 km/h) top speed and a 3,000-hp variant with a 0-60 mph time of under one second. The Nemesis may not sound quite that outrageous, but we're taking the same "believe it when we see it" approach for both. For now, it's just a couple pretty pictures.
----------------------
http://www.gizmag.com/nemesis-supercar-2000-hp-270-mph/31452/
Posted by pratanacoffeetalk at 8:52 AM

Email ThisBlogThis!Share to TwitterShare to FacebookShare to Pinterest
Labels: Automotive