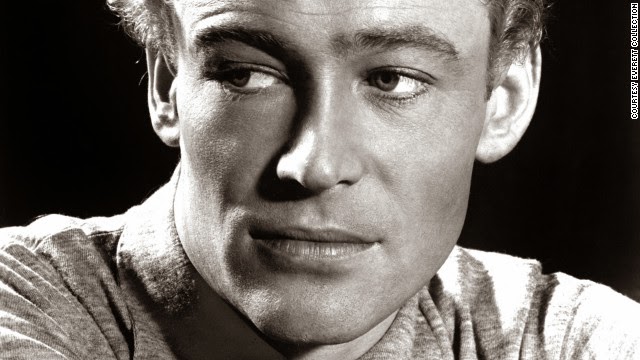 One of the many characters Peter O'Toole played on-screen insisted that he wasn't an actor but a movie star. We knew better.

The real O'Toole, who died Saturday in London at 81, was triumphantly a great actor and a great screen idol. He played a variety of roles, from meek (1969's "Goodbye Mr. Chips") to bombastic (1968's "The Lion in Winter").

In the process, he yielded a body of work that, taken together, was likely more varied than any actor of the prodigious, mostly hell-raising generation of male actors that emerged as screen icons mid-20th century. (In terms of variety, only Michael Caine challenges O'Toole, but not Richard Burton, Richard Harris or Sean Connery.)

Here are five of his best movies, in my view, and the ones most representative of his life's work. What's your own list? It's through this ongoing evaluation that artists such as O'Toole live on: 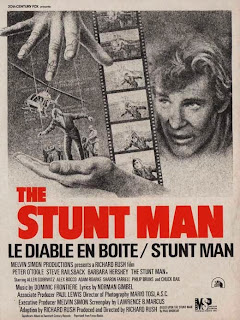 1. "The Stunt Man" (1980)
As the imperious moviemaker Eli Cross, O'Toole is a loose cannon: manipulative, abusive, self-centered -- but nowhere near as wicked as he should be. The reason this leads my list of O'Toole's best performances is that it encompasses just about everything about him that was inimitable: Feline physical grace, a musician's timing, a writer's instinct for nuance, bravura rhetorical flourishes and a boundless capacity to keep his audiences off-balance even when he's not speaking or moving.

2. "Lawrence of Arabia" (1962)
It wasn't his first movie role. (That came in 1960's "Kidnapped.") It just seems that way. Fifty-one years have passed since David Lean's desert epic was released and O'Toole's dominant, star-making performance as the flamboyant T. E. Lawrence remains among the most galvanic big-screen breakthroughs in movie history. It also set in motion the dispiriting pattern of O'Toole being nominated for the best actor Oscar and losing. 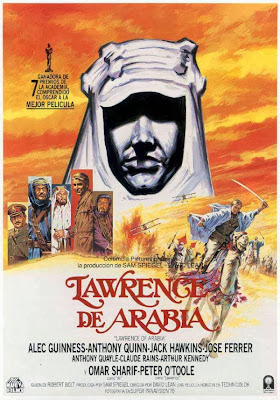 Gregory Peck was a nice man and his Atticus Finch in "To Kill a Mockingbird" was an even nicer man. But in retrospect, they shouldn't have won the Oscar that, in retrospect, had O'Toole's name all over it. They needed to get it right the first time.

Instead, they denied him six more times, even for his performance as a dying actor in 2006's "Venus," which came three years after he received a lifetime achievement Oscar.

3. "My Favorite Year" (1982)
O'Toole's portrayal of Alan Swann, aging movie swashbuckler who's not so devil-may-care when it comes to the demands of 1950s live TV, may well have been his most widely beloved role.
His boisterous physical comedy fits the raucous surrounds like an old shoe (with a hole in the sole.) His Swann also has melancholy moments, but he always keeps the characterand the movie from going to the maudlin zone. 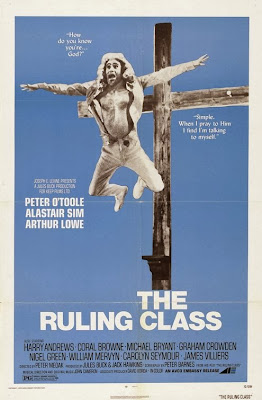 This dark comedy's lead character, Lord Jack Arnold Alexander Tancred Gurney, seems a barking-mad composite of these personalities. At the beginning, Jack's a shaggy, blithe species of maniac who's been called to his family estate to do whatever's expected of a well-heeled nobleman. Problem is, he's convinced that he is God. Why? "Simple. When I pray to Him, I find I am talking to myself."

This brand of crazy is far more blissful than the malevolent kind that takes over the 14th Earl of Gurney when his hair is cut and his demeanor made more "respectable" to his peers. The movie is a tad overlong and may leave you with an acrid aftertaste. But O'Toole bowls you over with the effortless way he enchants you at one end of the movie and frightens you at the other. 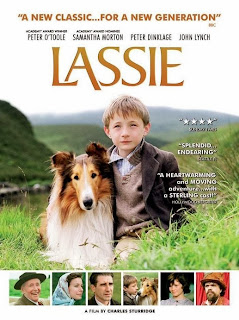 5. "Lassie" (2005)
In the late autumn of his career, O'Toole eased into being more character actor than movie star and infused even the most offhand role (e.g. the voice of snooty restaurant critic Anton Ego in Pixar's 2007's "Ratatouille") with immaculate polish and unassuming mastery.

My own favorite from this period comes in this latest adaptation of the Eric Knight children's classic, "Lassie Come Home," in which O'Toole plays the gruff Duke of Radling, who's forbidding on the outside but keeps the fuzzy kindness deep within the tempered steel. Often, it's in the miniature parts rather than the major ones that you see where real poetry can come from.
------------------
http://edition.cnn.com/2013/12/15/opinion/seymour-peter-otoole-five-best/index.html?iid=article_sidebar
http://images.moviepostershop.com/the-stunt-man-movie-poster-1980-1020693064.jpg
http://www.impawards.com/1972/ruling_class.html
http://upload.wikimedia.org/wikipedia/en/8/86/Lassie_ver3.jpg
Posted by pratanacoffeetalk at 9:07 AM