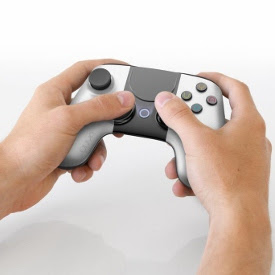 Google is working on a videogame console and smartwatch powered by Android software, according to reports.

The new hardware would allow Google to compete with rumoured products from its rival, Apple, including a next generation TV that will include a videogame console and an Apple smartwatch.

The internet search giant is planning to design and market the two devices and then release at least one of them this autumn, according to reports.

Google's smartwatch is expected to connect to smartphones using Bluetooth technology, much like its Google Glass product. Wearable computing is a key focus for major technology companies and Samsung has also said it has plans for an Adroid-based smartwatch.

Google also has some experience in the videogames market, as games that run on Adroid software are growing more quickly than those made for Microsoft, Sony or Nintendo consoles.

The Wall Street Journal reported the developments based on unnamed sources "familiar with the matter" and also claimed Google is planning to release a second version of its media-streaming device Nexus Q.

The first version of Google's home entertainment device was revealed last year but was criticised for costing $299 (£195) and never went on sale to the public.

Google's next attempt at the Android-based device is expected to be much less expensive, according to Wall Street Journal sources. The product should help Google sell more music through its streaming service, Google Play.

The technology company is also reportedly working on low cost Adroid smartphones that would be released in developing markets, including places where Google plans to help create wireless networks.

By Olivia Goldhill and AFP
------------------
http://www.telegraph.co.uk/finance/newsbysector/mediatechnologyandtelecoms/digital-media/10147504/Google-working-on-videogame-console.html
http://www8.pcmag.com/media/images/355558-ouya-console.jpg?thumb=y
Posted by pratanacoffeetalk at 4:33 PM