THINSPIRATION: THE SOCIAL MEDIA'S DARK SIDE

The images are everywhere: skin and bone, protruding hips, and tips how on how to eat less. And it is everywhere on social media; it’s called “thinspiration.” It’s a teenage underworld promoting eating disorders that has gone viral on Facebook, Tumblr, and Pinterest.

16 year old Meagan Gunnip encounters thinspiration, or “thinspo” for short, every day. She’s anorexic. After seeing skinny photos of her friends on Facebook and endless shots of unrealistically tiny women online, she decided she wanted to be slim down, fast.

What she found online gave her a constant source of motivation to head down a dangerous path.

"The connection breeds knowing what everyone is up to and the competition,” Meagan told NBC Connecticut. “I think eating disorders are really based off of the competition. Who can be skinnier? If so and so looks like this, I can too. And I can be better." 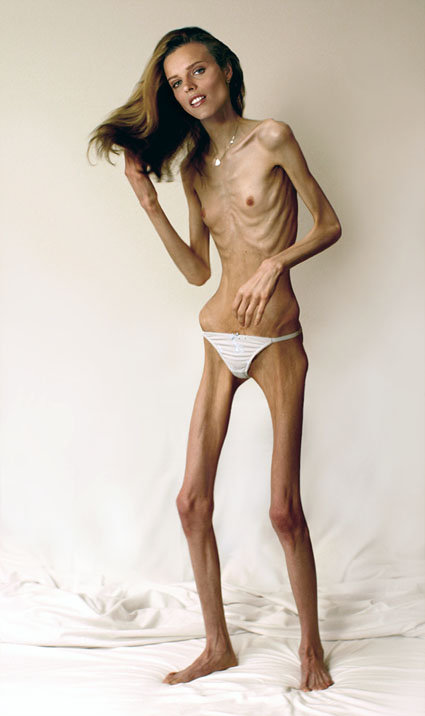 The obsession with skinny is nothing new. Magazines and movies have long extolled the virtues of being ultra-thin. The rapid expansion of social media in the daily lives of young women has given eating disorders a new, bigger platform to reach the masses.

Dr. Margo Maine is a founder of the National Eating Disorder Association and a long-time eating disorder therapist based in West Hartford. She says social media makes these images almost impossible to ignore.

“It's the social media that really is the virus that gets these images in front of people all the time,” Maine explained. “The other thing about social media is that when people are looking at them, they tend to be alone. So it's coming to you from an anonymous source and you're alone in your room, you're in bed. You're very, very alone at that time. There isn't any corrective feedback. There’s no one saying you know that's really stupid. Nobody can be that thin and be that healthy. No one is articulating anything else.”

Users also post advice to each other on how to eat less. Women list their “current weight” (CW), “goal weight” (GW) and “ultimate goal weight” (UGW) to track their anorexia.

The photos got so bad that this spring, blogging platform Tumblr, photo-sharing sites Instagram and Pinterest pushed back and implemented new policies taking down pro-anorexic and pro-bulimic material.

“While Instagram is a place where people can share their lives with others through photographs, any account found encouraging or urging users to embrace anorexia, bulimia, or other eating disorders; or to cut, harm themselves, or commit suicide will result in a disabled account without warning,” representatives from Instagram posted this spring.

Today, a search for “thinspo” or thinspiration, and Pinterest runs this warning: "Eating disorders are not lifestyle choices, they are mental disorders that if left untreated can cause serious health problems or could even be life-threatening," the Pinterest banner reads.

Tumblr, which was one of the initial launch pads of thinspiration content, says this: “Don’t post content that actively promotes or glorifies self-injury or self-harm. This includes content that urges or encourages readers to cut or mutilate themselves; embrace anorexia, bulimia, or other eating disorders; or commit suicide rather than, e.g., seek counseling or treatment for depression or other disorders.”

Yet each time a social media site cracks down, thinspiration supporters simply find a new home. Photos and content get posted continuously despite attempts to censor. Over just the last few months, they have migrated from Facebook to Tumblr to Pinterest and now over to Instagram, a popular mobile phone photo sharing application recently acquired by Facebook.

Meagan’s therapist Jennifer L. Robinson believes the constant exposure if a never-before-seen way to chip away at young women’s self-esteem.

“It's always been there. Now it just has a different face,” Robinson said. “Through social media, [women and girls] encountering more bullying, more anonymous-type comments. Through thinspiration, through Facebook or Twitter, people are feeling that they can say whatever they want to, however they want to and to whoever they want to and not really feel the impact of their comments. And it is negative for these women and these girls who are already so vulnerable to their own negative thoughts.”

Experts say parents also must step in and get involved.

"I think today parents often feel the media is such a huge issue influence and that social media are such a major part of a kids life and their peer world is are important,” Maine of the National Eating Disorder Association said.

“But a lot of parents believe there's no influence left. But parents have a tremendous amount of influence. They need to know what their kids are doing on the internet. But they need to be talking about their values, what's important to them all the time," said Maine.

As for Meagan, she has stopped looking at thinspiration sites altogether as she battles her own fight against anorexia. She wants her peers to know what these images online actually represent.

If you believe that you or someone you know has an eating disorder, the National Eating Disorder Association recommends seeing a doctor and visiting their website at www.nationaleatingdisorders.org/ and www.proud2bme.org for more information.