GET UP WITH A SMILE, EVERY TIME YOU ARE KNOCKED DOWN 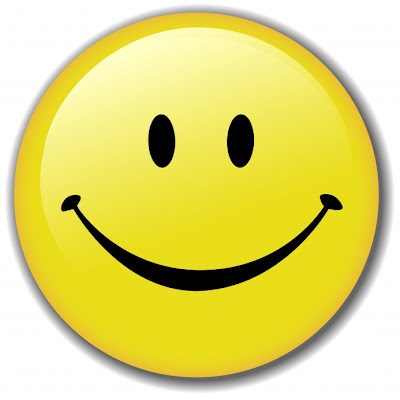 Take personal responsibility and take control of your destiny.

Why is it that some people are so alive and joyful while others are drab and lifeless? This is something we all know, yet never talk about. What makes some people seem fibrantly alive and others seem so lifeless and drab?

Look to nature for answers. One example is the emperor moth, which, with its wide wingspan, is the most majestic of all the moths. Its wide wings span out majestically when it flies.  Before it can become a full-grown moth, it has to be a pupa in a cocoon.


If you find a cocoon of an emperor moth, take it home so that you can watch the moth come out of the cocoon. One day you'll notice a small opening, and then you'll see the moth struggle to force its body through that little hole. The struggle will take hours, and the moth will appear at times to be stuck. If you try to help the moth by enlarging the hole with a knife or scissors, the moth will emerge easily. But it will have a swollen body and small, shriveled wings. In fact, the little moth will spend the rest of its life crawling around with a swollen body and shriveled wings. It will never fly.

The restricting cocoon and the struggle required for the moth to get through the tiny opening is the way it forces fluid from its body and into its wings, so that it will be ready for flight once it frees itself from the cocoon. If the moth is deprived of its struggle, it is also deprived of its health. Sometimes struggles are exactly what we need in order to become truly alive. When I think of people who are alive and joyful, I think of Richard Cohen.

You may not know Richard Cohen. He is the author of Blindsided: Lifting a Life Above Illness (HarperCollins). He lives a life defined by illness. He has multiple sclerosis, is legally blind, has almost no voice, and suffers chronic pain, which makes sleeping difficult and leaves him constantly exhausted. Two bouts of colon cancer in the past five years have left him with impaired intestines. And though he is currently cancer-free, he lives with constant discomfort.

Cohen worked as a producer for CBS until he was physically unable to continue. Because his chronic illness and physical disability precluded him from engaging in many activities, it initially left him feeling worthless. Friends and relatives encouraged him to seek professional help from a psychologist, but he refused. He felt psychologists always focus on what's wrong with you and explain why you feel worthless. Like the emperor moth, Richard decided to use his struggles to become truly alive.

Cohen recognized the inevitable consequences of his illness, but he also recognized that he and he alone controlled his destiny. Cohen says, "The one thing that's always in my control is what is going on in my head. The first thing I did was to think about who I am and how I could prevail. By choosing my feelings on a conscious level, I am able to control my mood swings and feel good about myself most of the time." He cultivates a positive attitude toward life by interpreting all of his experiences in a positive way.

He said his life is like standing on a rolling ship. You're going to slip. You're going to grab on to things. You're going to fall. And it's a constant challenge to get up and push yourself to keep going. But in the end, he says, the most exhilarating feeling in the world is getting up and moving forward with a smile.

Richard Cohen became the subject of his life when he let go of his fears, apprehensions, and the expectations and advice of his friends and family and decided to control his own destiny. He became wonderfully alive and joyful.

Year back, I went to St. Bonaventure University in New York State to visit Friar Tom, one of the wisest men I know. At the time, I felt shackled by my family responsibilities, inhibited by the expectations of others, and pushed into a career I did not want. I asked Father Tom for advice. Instead of answering me directly, he jumped to his feet and bolted to a nearby tree. He flung his arms around the tree, grasping it, as he screamed, "Save me from this tree! Save me from this tree!" I could not believe what I saw. I thought he had gone mad. The shouting soon brought a crowd of people. "Why are you doing that?" I asked. "I came to you for advice, but obviously you're crazy. You are holding the tree; the tree is not holding you. You can simply let go." Father Tom let go of the tree and said, "If you can understand that, you have your answer. Your chains of attachment are not holding you; you are holding them. You can simply let go."

Take a moment and imagine you are a mountain climber, and read the following scenario:

You are climbing one of the largest mountains in the world and are very close to the reaching the peak, which is a goal you've had all your life. You've prepared yourself physically and mentally.


You are beginning the final stretch to the peak of your climb, when you decide to rest on a small ledge which that juts out about three feet from the mountain. You see another climber approaching you from below. He lifts himself up and joins you on the ledge. He's wearing a rope tied around his waist and holds the loose end in his hands. He holds out the end of the rope and says, "Pardon me, would you be so kind as to hold the end for a moment?"


You take the rope. "Thank you,"  says the man, who then adds: "use two hands now, and remember, hold tight." To your surprise the man jumps over the side off the ledge and yells, "Don't let go! I'll fall a thousand feet if you do." You hold on with all your strength. The man is suspended over the ledge, and sure to die if he falls. You try to pull him up, but he is too heavy. You offer suggestions about how he could climb back up the rope hand over hand. The man shouts back, "Hold on. Don't let go. If you let go, I'll die."  You tug and pull tug, but nothing works. The afternoon is beginning to fade and it's getting cold. You have to do something otherwise you won't reach the peak, which you can see through the mist and clouds.


You think of a way the man can wrap the rope around himself and eventually pull himself up hand over hand, and you shout the instructions. The man replies, "No, please, please don't let go. I'll fall to my death if you do." You coax, wheedle, scream, and yell at the climber, all to no avail. You realize you are running out of time, and if you don't do something, you will not reach the mountain peak. You shout the instructions one more time, "Listen carefully. I mean what I'm about to say. I will not accept responsibility for your life, only for my own. If you don't help yourself while I'm helping you, I can do no more. If you don't do this, I'm going to let go of the rope."


The man responds, "No, hold on. If you let go, I'll die. Just hang on tight." You wait and tug, and the man does nothing but hold the rope. He makes no effort at all.


You let go of the rope and climb to the peak of the mountain.

Once you can imagine yourself letting go of the climber, you feel a tremendous emotion. The power of metaphors lies in the fact that they speak in the more primary process of to the unconscious mind. Metaphors encourage unconscious processing of information. Visualizing this story over and over will make it easier for you really "let go" of your fears and traumatic experiences.

By Michael Michalko
-----------
http://www.psychologytoday.com/blog/creative-thinkering/201109/when-you-are-knocked-down-get-smile
Posted by pratanacoffeetalk at 8:07 AM