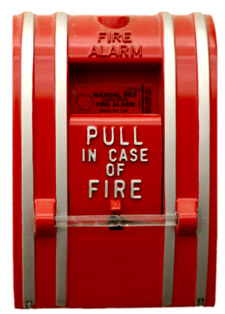 My mother’s Cuban cooking, although delicious, could have caused acid reflux in a giraffe. Common dishes included braised pork cooked in lard with mojo de ajo (a garlic and lemon sauce) and black beans and rice in portions that made supersize look wimpy. For me, heartburn was simply what happened whenever I ate.

If you are suffering from heartburn, as I note in my new book, The Acid Reflux Solution: A Cookbook and Lifestyle Guide for Healing Heartburn Naturally (Ten Speed Press), you’re not alone. In the United States, more than 50 million Americans complain of acid reflux. That’s onesixth of the entire population. Roughly 44 percent report suffering an attack at least once a week. Of those, 7.5 percent—or more than 23 million people—experience heartburn daily.

Acid reflux is caused when the lower esophageal sphincter (LES), the circular muscle that acts as a gate between your esophagus and your stomach, loosens too easily or does not maintain its tone, so that the caustic gastric acid escapes into your esophagus. Only some foods actually cause the LES to relax, namely mint and anything containing mint oil, chocolate, saturated fat, processed meats, deep-fried foods, carbonated beverages, caffeine, coffee (caffeinated or not) and alcohol. Various studies have proven that some of these foods, like chocolate, mint and caffeine, chemically cause the LES to loosen, triggering acid reflux. Other foods, ones that are greasy or high in fat, slow digestion, delaying the passage of food in the gastrointestinal tract. Things back up higher on the line and precipitate a buildup of pressure on the LES, which can loosen it and initiate acid reflux.

The acid reflux solution
Portion size and fiber intake are probably the most important aspects of an anti-reflux diet. The truth is, it’s not so much what you eat as how much that determines if you’ll suffer from heartburn. Less quantity overall relieves pressure on your stomach, reducing secretion of stomach acid. At the same time, a higher proportion of fiber will keep what you do eat moving right along. Chronic constipation is often associated with gastroesophageal reflux disease (GERD), and fiber helps promote regularity.

The key is to choose foods that will improve your digestion and reduce both the frequency and strength of heartburn attacks. This means lean meats, chicken and fish, as many natural unprocessed foods as possible, and plenty of fiber from an assortment of fresh fruits and vegetables and whole grains. Ginger and fennel also aid digestion. In addition, switch to leaner ways of cooking that call for less fat, butter or oil, such as grilling, broiling, baking or poaching.

Here’s my short course on how to get what you need: Eat lots of fresh fruits and vegetables and sufficient, though not excessive, amounts of whole grains. Have at least one piece of whole fruit at breakfast; juice doesn’t count. You can also enjoy a piece of fruit as a snack between meals. As for vegetables, go for at least four different nonstarchy vegetables a day, both raw and cooked. If you’re talking about leafy green vegetables, such as lettuce, arugula, spinach or broccoli, you can eat as much as you like, but choose an assortment and not more than 1 1∕2 cups total at any one time. Many other vegetables are essentially “free” because they should not contribute to GERD; these include cauliflower, zucchini, green beans, sweet potatoes, eggplant, asparagus and artichokes. Beans are a really good source of fiber, but as everyone knows, they can cause gas, which we want to avoid at all costs, so eat only a little— 1∕2 to 2∕3 cup max—at a time.

In addition to fiber, doctors and nutritionists recommend whole-grain and especially whole-wheat products because they are naturally rich in iron, potassium, zinc and many essential B vitamins, and are often fortified by manufacturers. But while the nutrition content of whole wheat is much higher than that of refined, large amounts of whole wheat or wheat berries, or even spelt, can be hard for some to digest and can trigger acid reflux.

Reprinted with permission from The Acid Reflux Solution: A Cookbook and Lifestyle Guide by Dr. Jorge E. Rodriguez (2011). Published by Ten Speed Press, an imprint of the Crown Publishing Group, Berkeley, CA.
------------
http://www.naturalhealthmag.com/health/heal-thy-heartburn
http://www.bcfiresafety.com/images/fire_alarm.jpg
Posted by pratanacoffeetalk at 7:50 AM