AN INTERVIEW WITH THE MAN IN BLACK 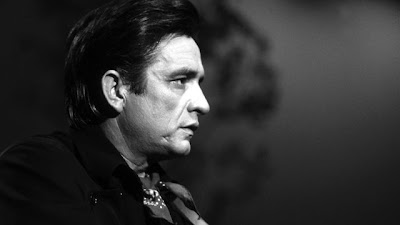 John R. "Johnny" Cash (February 26, 1932 – September 12, 2003) was an American singer-songwriter, actor, and author, who has been called one of the most influential musicians of the 20th century. By the early 1970s, he had crystallized his public image as "The Man in Black". He regularly performed dressed all in black, wearing a long black knee-length coat.

SCOTT: John, looking back over 30 years in the music business, just give us an overview.

JOHNNY: It's been a good 30 years... It's been a great spiritual experience sharing my feelings with my audience. And that's what performing is. It's communicating your feelings through lyrics, recitation, or dialogue between songs. I found it to be a great challenge yet a most rewarding thing and probably the most rewarding vocation a person can have...

SCOTT: If you hadn't had your spiritual experience with the Lord where do you think you'd be now?

JOHNNY: I'd be dead a long time ago. I have a terminal disease called chemical dependency. I can't ever use any medication that alters your mood. One is too many and 1,000 is not enough. I wrote about it in Man in Black. I called these drugs "a demon called deception." And with all the alcoholic/drug treatment centers in the world, if they don't have that spiritual element that returns you to a one-on-one communication with God, then they're not worth the land they're built on… The first time, in 1967, when I got in trouble with my medication, it was the love of God and the love people like June, my mother, and close friends… I locked myself in my house for a month, and I whipped it. For ten years or more, I didn't have a problem until I had an accident. The doctors gave me pain medication. It stops the pain and makes you feel good, but they don't make pain medication that doesn't alter your mood. It's the old demon called deception. He tells you it's okay and anything this good couldn't be wrong, but you get back on the cycle… All this medication had a way of burning holes inside, and I got bleeding ulcers. I had to have surgery that meant strong medication. I weaned myself off them in the hospital through prayer and daily commitment to refrain from it… And then I went to Betty Ford's center in California to study the disease, to study myself, to go into group therapy, to have a daily counseling session with a clergyman, and to renew my daily commitment to God. It's a spiritual program that gets you back on the right track. They like to say "higher power." I like to say God, and Jesus Christ is my way to Him.

SCOTT: You started out about the same time as Elvis with Sun Records. Elvis didn't make it. Would you account this experience with the Lord as the reason you made it and he didn't?

JOHNNY: No. Elvis may have had a stronger relationship with God than I did. God gives us life and takes us away as He sees fit. I don't say Elvis died because of drugs. I say God decided it was time for him to die. I don't believe any of the trash I've read about him. God's the final judge for Elvis Presley and Johnny Cash too. That's solely in the hands of God.

JOHNNY: She's more to be desired than pearls or rubies, of which she has quite a few... She's my anchor. She's also my spark plug. When I'm shy, she'll always get the conversation going. Mainly she's the one, through her strong prayer and commitment, who keeps me on course.

SCOTT: You started writing a book a number of years ago called Man in White.

JOHNNY: Man in White is a novelization of the conversion of St. Paul about his life before and immediately after his conversion and the first years of the primitive church. It came to a halt when I got sick. I haven't written but a little in the last year. I have to study the life and writings of Paul so it really doesn't matter to me if it takes 20 years 'cause I need to study Paul's writings that long any way.

SCOTT: In the study you've done about Paul, what do you identify with the man?

JOHNNY: What I admire about him… through Jesus Christ he was able to overcome every kind of adversity known to man. He was evidently a small man but very strong, very durable -- a survivor too. He had every kind of reason to quit and never did because of his faith in God. Paul was my inspiration. Jesus Christ is the one who laid it out for us and showed us what to do and Paul's the one that showed us how it could work.

SCOTT: Have you ever thought of changing your attire to white for redemption?

JOHNNY: That would look a little presumptuous.

SCOTT: What's important to you right now in your life?

JOHNNY: The things that have always been important: to be a good man, to try to live my life the way God would have me, to turn it over to Him that His will might be worked in my life, to do my work without looking back, to give it all I've got, and to take pride in my work as an honest performer. You know, money really doesn't figure into it. You gotta have it to pay the bills and take care of everything but over the last 30 years what's meant most to me is feeling justified in the moves I've made and being happy in my relationship with my wife, my children, and God.

SCOTT: Is it difficult for a shy, reticent man to be a public figure?

JOHNNY: Yeah, I was scared to come down here and talk to you this morning. I'm very shy really. I spend a lot of time in my room alone reading or writing or watching television. 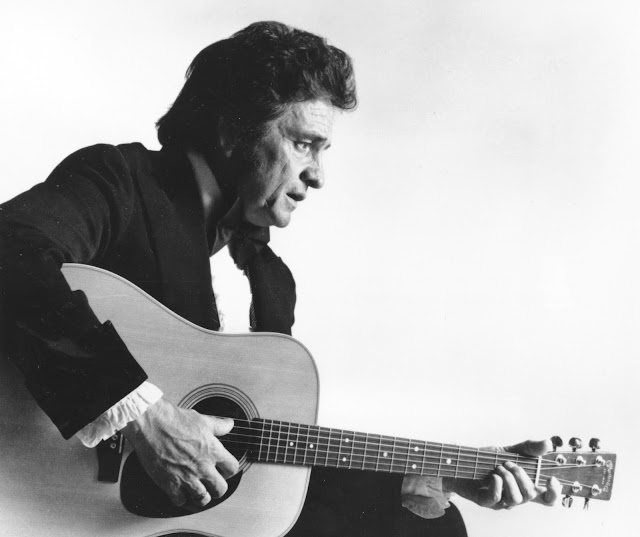 SCOTT: Do you write out of that experience?

JOHNNY: Oh, I have a lot of experiences that I can write of.

SCOTT: You're writing to the heart of a lot of people out of your own pain. Paul said the death that worked in him brought life in others.

JOHNNY: Sharing life. I hope to have done a little bit of that. I feel like I was resurrected almost nearly a year ago. They were placing bets on whether I'd live through the night. For some reason I knew I wasn't going to die. When I realized that I was making it, I wanted to share that life with other people.

SCOTT: Do you have church fellowship at home?

JOHNNY: Yeah, I belong to the First Baptist Church in Hendersonville, Tennessee.

SCOTT: Do you have close cadre of friends there to lean on?

JOHNNY: I got a lot of good Christian friends, but I got a lot that are not. That's another thing that Christians have to try to do is to be a Christian and not condescend or compromise no matter what element they're with. Some of my best friends are not Christian. And I'll be the same with a Christian that I will with a non-Christian. The influence is worth the times.

SCOTT: Jesus was a friend of sinners.

JOHNNY: Yeah, He was.


Recounting Cash: An Interview with the Man In Black
By Scott Ross
The 700 Club
-----------
http://www.cbn.com/cbnmusic/Interviews/700club_JohnnyCash.aspx
http://www.bbc.co.uk/iplayer/images/episode/b00qll0x_640_360.jpg
http://www.picturesdepot.com/wallpapers/208252/johnny+cash.html
http://userserve-ak.last.fm/serve/_/50545811/Johnny+Cash++June+Carter+Cash+JohnnyCashJuneCarter.jpg
Posted by pratanacoffeetalk at 9:42 AM