WOMAN WHO DRANK TWO GALLONS OF COKE A DAY DIES

Experts say a New Zealand woman’s 2-gallon-a-day Coca-Cola habit probably contributed to her death, a conclusion that led the soft-drink giant to note that even water can be deadly in excessive amounts.

Natasha Harris, a 30-year-old, stay-at-home mother of eight from Invercargill, died of a heart attack in February 2010. Fairfax Media reported that a pathologist, Dr. Dan Mornin, testified at an inquest Thursday that she probably suffered from hypokalemia, or low potassium, which he thinks was caused by her excessive consumption of Coke and overall poor nutrition.

Symptoms of hypokalemia can include abnormal heart rhythms, according to the U.S. National Institutes of Health.

Mornin said that toxic levels of caffeine, a stimulant found in Coke, also may have contributed to her death, according to Fairfax.

Harris’ partner, Chris Hodgkinson, testified that Harris drank between 8 and 10 liters (2.1 and 2.6 gallons) of regular Coke every day. 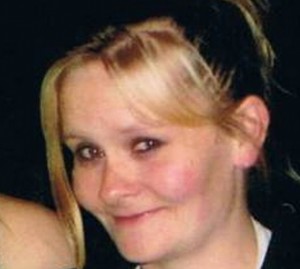 In this undated photograph, Natasha Harris, 30, is seen. Harris, stay-at-home mother of eight from Invercargill, died of a heart attack in February 2010. Experts say the New Zealand woman's 2-gallon-a-day Coca-Cola habit probably contributed to her death, a conclusion that led the soft-drink giant to note that even water can be deadly in excessive amounts. (AP Photo/New Zealand Herald)


Hodgkinson also said Harris ate little and smoked about 30 cigarettes a day. In the months before her death, he said, Harris experienced blood pressure problems and lacked energy.

He said that on the morning of her death, Harris helped get her children ready for school before slumping against a wall. He called emergency services and tried mouth-to-mouth resuscitation but couldn’t revive her.

Another pathologist, Dr. Martin Sage, said in a deposition that “it is certainly well demonstrated that excessive long or short term cola ingestion can be dramatically symptomatic, and there are strong hypothetical grounds for this becoming fatal in individual cases.”

Inquests such as this are sometimes held for unusual or unexplained deaths in New Zealand.

Posted by pratanacoffeetalk at 9:35 AM