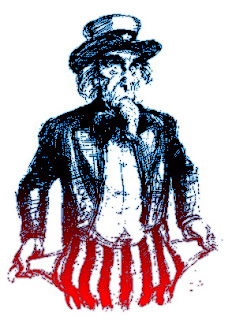 If you understand how the US Government works then you realize that there is no problem with Debt ratings downgrade.

It is the month of August, on the shores of the Black Sea. It is raining, and the little town looks totally deserted. It is tough times, everybody is in debt, and everybody lives on credit.

Suddenly, a rich tourist comes to town. He enters the only hotel, lays a 500 Euro note on the reception counter, and goes to inspect the rooms upstairs in order to pick one.

After about an hour inspecting the rooms, the rich tourist comes down, and takes his 500 Euro note, saying that he did not like any of the rooms, and leaves town.

No one earned anything.

However, the whole town is now without debt, and looks to the future with a lot of optimism.

And that, ladies and gentlemen, is how the United States Government does business.
--------
From Pieter Pitojo
Posted by pratanacoffeetalk at 8:41 AM