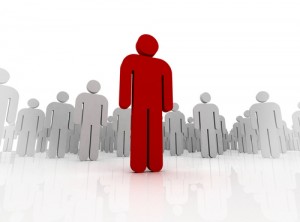 We're living with something of an irony right now regarding leadership. On the one hand, the topic has never been more studied and written about; my recent Google search for leadership research by academies and institutes returned some 375,000 hits. On the other hand, we are experiencing a dearth of leadership in society. We see fewer prominent leaders who seem genuine and highly capable, and many who have been compromised, deposed, or defeated. Even more seem to have run out of ideas, or simply appear unable to craft the necessary consensus to lead. Perhaps it's really not so ironic that there would be this inverse relationship: the deeper we sink into leadership crisis, the more it shows up on the agendas of think tanks and conferences.


From my own perspective as someone who has had a front-row seat to leadership over a few decades, it isn't so much that today's leaders fall short of the capabilities or character leaders had in the past. It isn't that the visionary, principled, courageous type we would all prefer to follow was once common and is now a rarity. Rather, it's the context of leadership that has changed, so that people with just as great capability as their predecessors find it much harder today to lead. We could probably cite many factors that have contributed to this shift, but three are particularly important. As I see it, leaders in the past had the great advantages of:

Privileged access to information.
People naturally look for direction from someone they perceive to be in possession of more information about an evolving situation. It used to be that leaders were in a unique position to gain information, and to dole it out on a need-to-know basis. Now the world is awash in instantly accessible information of all types and on all subjects. Human beings making ground-level observations can communicate them directly to others either around the globe or around the corner, while they walk down the sidewalk of an urban neighborhood or the dirt path of a remote jungle.

Is it any wonder that the Web became the greatest fear factor of every dictator? When even State Department communiques become public knowledge and, in almost any realm, an impassioned nobody can be in greater possession of the facts than a leader in that same realm, information is decoupled from leadership. In fact the flows of information actively undercut leadership—both the practice and the perceived need for it.

The reflected glory of their institutions.
Twenty years ago, a citizen might not know the name of a Fortune 500 CEO or NGO director, but they knew the reputation of the institution—and made an assumption that the person chosen to lead it must personify its good qualities. Two things have changed that: it is much easier to see leader and institution separately, and there has been a significant decline in respect for the institutions themselves. Whether we're talking about multinational corporations, churches, or public treasuries, we are constantly reminded by Pew and Gallup that reputations now scrape the bottom. There is an increasing perception of incompetence, greed, and frivolity at the expense of the governed, the taxed, and the managed.

Are institutions truly less noble, or is it that they, as well as their leaders, are subjected to more relentless scrutiny? In my own years in the White House I vividly recall the media's clamoring for details about presidential habits and the daily life of the West Wing—only to find them all too ordinary and boring to report. Today the media churns out every minor indiscretion and then, in a rare act of community, the public blogs on it. Social media platforms give motivated critics, even lone voices, the ability to be heard. YouTube is a bargain-basement media buy for campaigning on any issue.

Whether it is a matter of perception or reality, we can only hope that respect for our institutions will rise again. Institutions are where we join together, worship together, convene, gather, assemble, debate, celebrate, where preachers preach and where leaders convince. When any of them loses respect, society loses a platform for concerted action. Potentially great leaders lose a platform for leadership.

Broadly shared foundational principles.
One other foundation of leadership that used to be firmly in place seems shaken today: a common understanding of the age-tested principles, religious or moral, that should guide decisions. Leaders may be yet another victim of the move away from the teaching and practice of moral values and their integration in early family life. Interpersonal relations patterns start early and are almost impossible to change; taking a graduate school class in ethics may be too late for someone who has not had good character modeled for them and required of them from early childhood. Much is said today about the diminution of the "actions have consequences" school of hard knocks that may have built the best leaders.

Meridian International, which offers a gathering place and leadership training for diplomats and internationalists in Washington DC, has studied this problem. Its conclusion: "Trust in public and private sector leaders can only be restored when leaders align value-based decisions, not rhetoric, with basic aspirations such as security and economic opportunity."

Leadership has never been easy. But I suspect it was simpler in an era when leaders could count on superior information access, reverence for their institutions, and strong moral bearings to assemble greater followership. The conditions of the past help to explain why the WWII military personnel who performed so well in European, Pacific, and North African theatres returned home to become such competent leaders in industry.

Conditions have changed to make leadership harder. Spencer Stuart's Tom Neff, the dean of CEO Executive Search, puts it baldly: "We are experiencing a demand for new types of skills and sacrifices in C-level executives that many are not prepared to bring to the table."

Of course, the corollary is that great leadership capability has never been more valuable. Even as the accessibility of information makes it less necessary for a group to have a leader to inform, organize, and mobilize its action, the sheer glut of information makes it more vital for a leader to show how all the data add up to a meaningful narrative—to interpret and inspire. If institutional reverence cannot be assumed, it is a bigger part of the leader's work to engage hearts and minds. In an era when character is not a given, the leader who consistently displays integrity will have real impact.

James S. Rosebush spent six years observing and learning leadership skills while Deputy Assistant to US President Ronald Reagan, and now is CEO of GrowthStrategy, Inc. and The Wealth and Family Management Group based in Washington, DC.
-----------
http://blogs.hbr.org/cs/2012/03/why_great_leaders_are_in_short.html?google_editors_picks=true
http://www.studiopinpoint.com/wp-content/uploads/2011/03/leader-300x222.jpg
Posted by pratanacoffeetalk at 11:10 AM