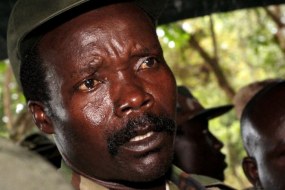 Social media has been lighting up with a new campaign aiming to make Joseph Kony "famous".

The California-based Invisible Children not-for-profit campaign says it wants to harness the power of the internet to raise awareness and bring the indicted war criminal, who leads Uganda's murderous Lord's Resistance Army, to justice.


"We are making Kony world news by redefining the propaganda we see all day every day that dictates who and what we pay attention to," the video declares, before asking supporters to donate to the campaign and "join our army for peace".

But Stop Kony has not been without controversy, with Invisible Children accused of simplifying the nature of the conflict, glossing over the atrocities committed by Kony's opponents and putting more lives at risk. Leading the charge has been the Visible Children blog.

But who is Joseph Kony, and why should you care?

Kony is the leader of the Lord's Resistance Army (LRA), a guerrilla group in Uganda that has forced more than 60,000 children to fight in a murderous armed conflict.

Born in 1987 or 1988 from the frustrations against the government of Uganda's marginalised Acholi ethnic group, the LRA has since dropped its national political agenda but continued with its campaign of murder and terror.

Kony himself was born in 1964 in Uganda and his movement draws on messianic beliefs and a smattering of Christian motifs.

Kony has declared himself a "spokesperson" of God and claims he can channel the Holy Spirit.
In an interview aired on ABC TV's Foreign Correspondent in 2006, he was asked how many spirits spoke to him.

"Very many," he told filmmaker Sam Farmar at a bush hideout in Uganda.

"I don't know the number but they speak to me, they talk to me. You know we are guerrillas. We are rebels. We don't have medicine. But with the help of spirits, they will tell us. You, Mr Joseph, go and take this thing and that thing."

The LRA rebels currently number as little as several hundred, a fraction of their strength at their peak, but still include a core of hardened fighters infamous for mutilating civilians and abducting children.
The LRA wages its private war in the border regions of northern Uganda and South Sudan, spilling over into the Democratic Republic of Congo and the Central African Republic.

Kony's fighters have been accused of murder, rape, torture and sexual enslavement. Reports say they have massacred civilians inside churches, forced them off cliffs, burned them alive and even made them eat dead bodies.

Many of the LRA's atrocities are documented in this paper published in Kampala's The Monitor and posted online by the University of British Columbia's Liu Institute for Global Issues.

And many of them are carried out by brutalised children recruited to serve as sex slaves, cannon fodder and killers.

"I was ordered to stab a woman three times," one young LRA soldier told Foreign Correspondent in 2006.

"If she didn't die I would be shot myself. So I stabbed her three times and others bashed her."

Kony's private war has forced thousands of civilians to flee for their lives.

Throughout the region, families who have survived the LRA onslaught live a precarious existence in makeshift refugee camps.

The UNHCR reported that 10,000 people fled LRA attacks in less than two months in 2010.

Many of the refugees have to trek for days through dense bush to reach safety.

The UNHCR says "LRA attacks are causing one of Africa's biggest population displacements".

"Since 2008, some 290,000 people have been uprooted in [Democratic Republic of Congo's] Orientale province. During the same period 20,000 Congolese have sought refugee in southern Sudan, while 3,500 have fled to the CAR [Cenral African Republic]," the UNHCR said in a briefing note released in March last year.

"Those who are abducted are used as porters, forced to work in the fields or used as sex slaves or new recruits.

"Attacks are often accompanied by extreme cruelty, including murder, mutilation or amputation of the lips and ears – apparently aimed at terrorising people with a view to displacing entire populations.
"Trauma lasting months or years is common among those who have fled."

Kony was indicted by the International Criminal Court in 2005, charged on 33 counts, including 12 of crimes against humanity.

The LRA leader has met Ugandan and South Sudanese leaders to discuss an end to the war but no agreement has been reached.

The campaign to find and kill Kony has been led by Uganda's army, which has enlisted former LRA members to try and run him to ground in the remote areas where his fighters operate.

Many villagers in the LRA's field of operations have also formed makeshift self-defence forces to protect their families.

Last October US president Barack Obama authorised the deployment of US special forces to join in the campaign, but said they would operate in an advisory role, not an offensive combat one.

Despite the manhunt, Kony remains at large.