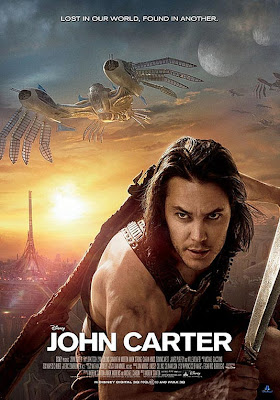 Few characters in Hollywood have been as polarizing as John Carter in recent years.

Tarzan creator Edgar Rice Burroughs' fantasy figure, introduced in 1912, has a loyal following -- the novels in which he appears have influenced everything from "Star Wars" to "Dune," "Superman" and "Avatar" -- but the character's first bigscreen outing, set to bow this weekend, has shouldered bad buzz since Disney greenlit the pricey production two years ago.

Having dealt with rumors of cost overruns on a tentpole with no major stars, marketing stumbles (including a controversial title change and DayGlo materials) and 100-year-old source material unknown to most moviegoers, Disney and a team of Pixar vets are either about to launch a new franchise or write off the next failed labor of love, like "Watchmen."

The parallels to Warner Bros.' dark superhero tale are hard to ignore.

Both projects, with a small but vocal fanbase, are based on books that, while not publishing powerhouses, have influenced pop culture (Alan Moore's "Watchmen," introduced in 1986, led to the current crop of edgy comicbook pics, while references to John Carter's Mars exploits are found throughout other sci-fi and fantasy fare). The resulting films were risky bets taken by studios that wanted to remain faithful to the source material after decades of development.

In "John Carter's" case, "Looney Tunes" director Bob Clampett hoped to direct an animated feature in 1931, while Ray Harryhausen wanted to produce a stop-motion pic in the 1950s. During the 1980s, Disney had the rights with John McTiernan once attached to direct Tom Cruise as Carter. The 11-book series then moved to Paramount, where Robert Rodriguez, Kerry Conran ("Sky Captain and the World of Tomorrow") and Jon Favreau were each attached to helm before the project went back to the Mouse House. 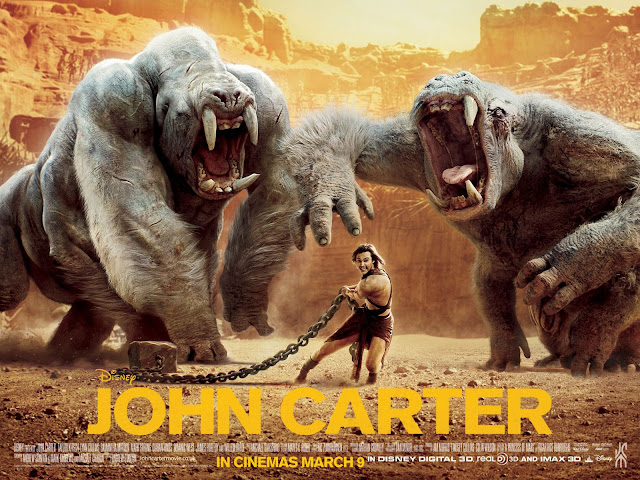 Andrew Stanton ("Finding Nemo," "Wall-E") couldn't turn down "Carter" as his live-action debut: "After pushing (Disney) to make it for so long, I couldn't say no when they offered it to me."

The resulting film, about a Civil War soldier who finds himself in the middle of a war on Mars, is a film "we selfishly wanted to see," Stanton said, referring to himself and fellow producers, including Pixar's general manager and former president of Lucas Digital (ILM and Skywalker Sound) Jim Morris, as well as supporters like Pixar and Disney animation chief John Lasseter.

"We wanted to re-create and capture the feeling we had as kids when we first read the books," Morris said.

Disney bows the film on more than 3,500 screens this weekend. It's pushing the film hard on a global scale, launching day-and-date in nearly every major market (except Japan and China) totaling 51 territories.

Domestically, early tracking is not encouraging: Monday polls have the PG-13 film opening to a $25 million-$30 million weekend. But estimates this early always skew conservative, and alternative box office prognosticators indicate a much stronger bow.

Critics were quick to scrutinize every aspect of the pic during its arduous journey to theaters. That's included the budget, which Disney quotes at around $250 million, with an additional $100 million to market the film worldwide. (Though industryites have whispered that the film cost much more, producers tell Variety that those rumors are "ridiculous" -- everyone connected to the film insists it came in on time and on budget).

Negativity surrounded last May's title change from "John Carter of Mars" to simply "John Carter," which followed the flop of Robert Zemeckis' "Mars Needs Moms." Critics argued that the new name says little about the film, but the studio worried that the Mars element would turn off female auds, while the title of Burroughs' book, "A Princess of Mars," would have kept men away.

Stanton admits "John Carter" has proved difficult for Disney to market -- which Stanton is used to after "Finding Nemo" and "Wall-E."

But that hasn't kept the helmer and Disney's marketing team (that includes former promo chief MT Carney) from trying. The studio skipped Comic-Con to promote "Carter" to Disney fans at D23 in August, with a lengthy presentation that touted Burroughs' influence over more familiar pop culture properties.

Walt Disney Studios chairman Rich Ross has been puzzled by the negative reaction. "I've never had something healthy get treated like a corpse," he said at the film's lavish premiere last month. "Usually, it's the other way around," with a studio having to make something bad look good.


Yet even if "Carter" winds up D.O.A. at the box office, Ross won't have much to lose: He and Disney production president Sean Bailey inherited "Carter" from the studio's previous regime, led by Dick Cook. A poor showing would bruise Pixar's vets, given that it's their rare foray into live action, but a hit would spawn the kind of new cross-platform franchise Disney craves.

Studio isn't loading up store shelves with "Carter" merchandise this time around, as retailers are holding out to see if the film catches on. Such a move isn't unusual, especially for risk-averse toymakers.

Still, Stanton already is working on a follow-up script with "Carter" co-scribe Michael Chabon, so that Disney can move forward with a sequel based on Burroughs' second novel, "The Gods of Mars."

It all depends on whether "Carter" performs better than "Watchmen," which earned $185 million worldwide, of course. Early reviews are positive, as is social media chatter. Disney lifts its review embargo Wednesday, a play to keep favorable reviews fresh in ticket buyers' minds.

In the final weeks leading up to the launch, the film's campaign has amped up its focus on action sequences and various characters to eventize the production. And to get auds as excited about John Carter's adventures as Stanton was as a kid reading the books.

RELEASE DATE
Although the original film release date was June 8, 2012, in January 2011 Disney moved the release date to March 9, 2012.  A teaser trailer for the film premiered on July 14, 2011 and was shown in 3D and 2D with showings of Harry Potter and the Deathly Hallows – Part 2; the official trailer premiered on November 30, 2011. On February 5, 2012 an extended commercial promoting the movie aired during the Super Bowl,  and before the day of the game, Andrew Stanton, a Massachusetts native, held a special screening of the film for both the team members and families of the New England Patriots and New York Giants.