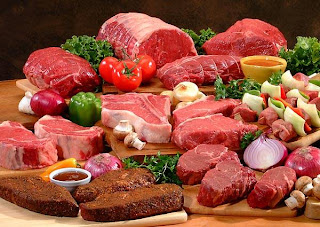 (NaturalNews) A study published in the November issue of the science journal Neuron subverts the commonly held belief that consuming sugar can make you feel more energetic. Researchers at the University of Cambridge reveal that protein is responsible for activating cells that keep us awake and help us burn more calories, not glucose.

According to the study results, our alertness and energy levels depend on a set of cells called "orexin cells", which secrete a substance that acts as a stimulant for the brain. When these cells stop functioning properly or become mutated, sleep disorders like narcolepsy, as well as weight gain, may settle in.

Orexin cells are a type of neuropeptides whose complete functions are not yet fully understood. Neuropeptides are tiny molecules that neurons use to enable communication between each other. Scientists were able to determine that orexin cells have primary functions in brain metabolism and are involved in the stimulation of food intake. Orexins were also found to promote wakefulness as part of our innate system that determines whether we should be asleep or awake.

To learn whether they influence our energy levels, the scientists looked at how different nutrients interact with orexin cells. Proteins were by far the most fruitful - the amino acids they are built from stimulate orexin cells to a greater extent than any other nutrient.

The science team used a fluorescent substance to highlight the precious orexin cells in mouse brains. They then observed these cells' interactions with various nutrients, including amino acids from egg-white proteins.

Dr. Denis Burdakov from the Department of Pharmacology and Institute of Metabolic Science, led the research project. He explained that apparently inconsequential events, such as our working and sleeping routines, can end up influencing our overall weight.

"Sleep patterns, health, and body weight are intertwined. Shift work, as well as poor diet, can lead to obesity. Electrical impulses emitted by orexin cells stimulate wakefulness and tell the body to burn calories," said Dr. Burdakov. While glucose normally blocks the action of orexin cells, when amino acids interfere, they are able to negate the effects of glucose molecules.

The fact that proteins may play a role in weight control is no scientific novelty. However, researchers are now able to determine exactly how such a thing is possible. A 2005 study conducted in Sweden by doctors Susanne Bryngelsson and Nils-Georg Asp had already showed that elevating protein intake helps reduce body weight faster than by limiting carbohydrate consumption. This also explains what we were only able to observe until now: that protein-rich meals tend to make people more alert than sugar-rich meals.

"What is exciting is to have a rational way to 'tune' select brain cells to be more or less active by deciding what food to eat. Not all brain cells are simply turned on by all nutrients, dietary composition is critical," said Burdakov.

Learning about this connection between body weight and sleep regulation can prove very useful for individuals who are trying to control their body weight.

"Research suggests that if you have a choice between jam on toast, or egg whites on toast, go for the latter. Even though the two may contain the same number of calories, having a bit of protein will tell the body to burn more calories out of those consumed," concluded Burdakov.


About the author:
Raw Michelle is a natural health blogger and researcher, sharing her passions with others, using the Internet as her medium. She discusses topics in a straight forward way in hopes to help people from all walks of life achieve optimal health and well-being. She has authored and published hundreds of articles on topics such as the raw food diet and green living in general. In 2010, Michelle created RawFoodHealthWatch.com, to share with people her approach to the raw food diet and detoxification.