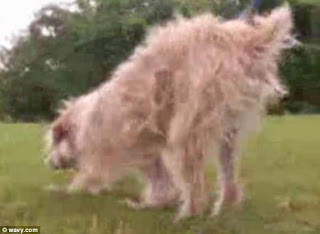 A dog who was lifted from his Alabama home during a tornado returned home about three weeks later, with two broken legs.

Mason, a terrier mix, was hiding in a garage when the tornado struck on April 27. Later, his family was unable to find him- but when they went back to sort through debris about three weeks later the dog was waiting on the porch.


What made Mason's story even more unusual was the fact that he made it back home with both of his front legs broken. 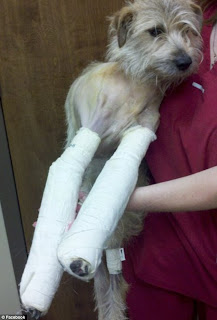 "He's got two broken legs and they're distal radial ulnal fractures, they've not been able to be in alignment so neither one of them have healed so he had to crawl on two broken legs to get home," Fox News quoted Dr. Barbara Benhart, veterinarian at the Birmingham-Jefferson Co. Animal Control Shelter, as saying.

Mason's owners asked the shelter to care for him because they felt they couldn't give him enough attention at the time.

"This is probably the most dramatic we've seen as far as an injury in an animal that's survived this long," WAVY quoted Phil Doster, adoption and rescue coordinator at the shelter, as saying.

The Star reported that Doster said: “He was emaciated and his two front legs were literally flopping below the elbows. Mason literally had to crawl on his elbows to get back. The little guy had no indication of pain, remarkably. He was just happy to be home.”

Veterinarians volunteered their services and Mason had metal plates and several pins installed in his legs.

Mason is remaining at Vulcan Park Animal Care until he is ready to return to his family.

The two doors which the tornado from the garage Mason had been inside have never been found. 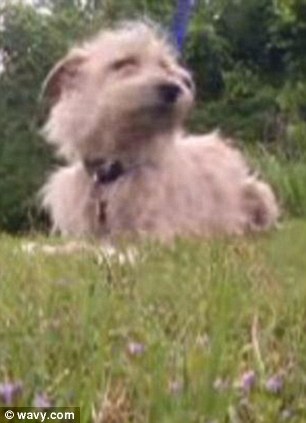 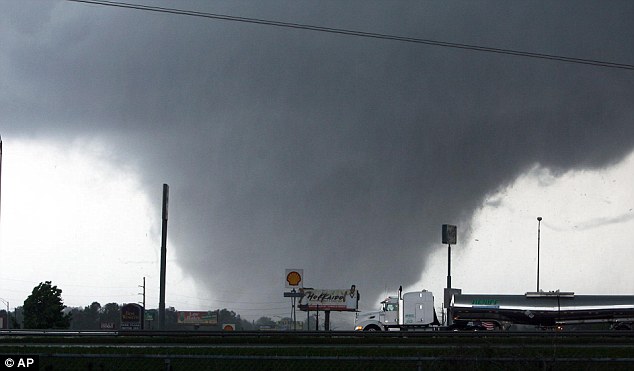 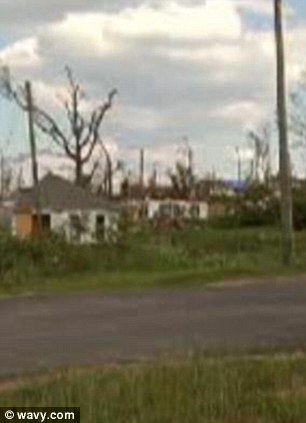 --------------
http://www.digitaljournal.com/article/307340
http://www.dailymail.co.uk/news/article-1391268/Alabama-tornado-Mason-miracle-dog-crawls-home-TWO-broken-legs.html?ito=feeds-newsxml
Posted by pratanacoffeetalk at 5:55 AM