"THE DARK KNIGHT RISES" IS IN PRODUCTION 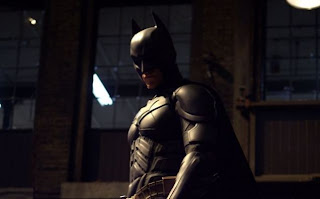 The Scottish city will be transformed into Gotham City, according to the Daily Record.

Director Christopher Nolan will use shots filmed around Glasgow in some exterior scenes in the third Batman adventure.

A source told the paper: 'He plans to use various cities to provide a mash-up of what Gotham will look like.


'Glasgow was location-scouted for the last film Dark Knight, though in the end it wasn't used. This time, Chris already has several scenes in mind.

'The city centre architecture is hugely impressive. But he will be filming in secret.'

Shooting has already taken place in London and Croydon with production in Glasgow due to start this month.

Matthew Modine is also set to join the cast as villain Nixon. 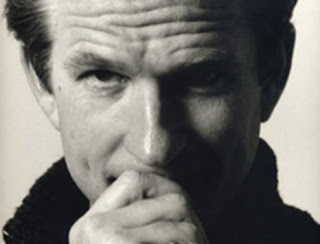 The actor, who has starred in Full Metal Jacket, will reportedly play 'a politician and a key villain' called Nixon, according to showbiz411.com.

The first picture of Inception star Hardy as Bane was revealed recently showing the actor topless with his muscly back to the camera and looking suitably menacing with his face covered by some headgear.

Earlier this year, Hardy told chat show host Alan Carr he was planning on putting on around two stone to play the role.

The Dark Knight Rises has been shooting in London with a large building on St John Street doubling as the headquarters for the Gotham Police Department, with SWAT vans and cop cars outside.

SHOOTING IN LONDON FOR EXPLOSION SCENE 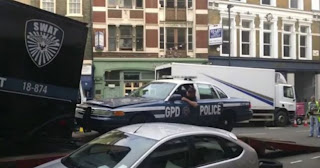 The Batman sequel is currently shooting in London with a fictional Gotham City built on the streets of the capital.

Now Your Local Guardian are reporting that the cast and crew are set to head to Croydon afterwards to film a scene where a building called Delta Point will be blown up.

Croydon dwellers need not worry though - it will be a 'computerised demolition'.

'Although there has been no sign of stars Bale, Michael Caine or Gary Oldman, one of the best luxury Winnebagos in the UK was spotted cruising Croydon's streets over the weekend,' the paper said.

Christian Bale reprises his role as the Caped Crusader in the third Batman film, which recently wrapped filming in India before heading to London.

Fans of the comic book franchise have taken a number of pictures from the filing in London, with Gotham City police cars and vans spotted on set, in around St John Street.

There are also unconfirmed rumours Anne Hathaway will be take part in the London filming at some stage this week.

Posted by pratanacoffeetalk at 10:13 AM