WITHIN 6 WEEKS: EATING FRUITS AND VEGETABLES WILL MAKE YOU MORE ATTRACTIVE 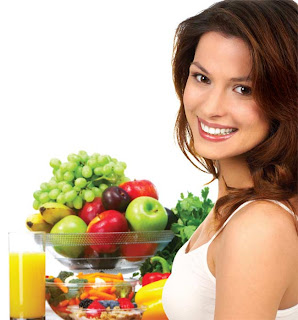 Many of us already know that eating fruits and vegetables makes us healthy and energetic. We also know from experience that food and beauty are related. Now we have further evidence from research from University of St. Andrews in the UK that fruit and vegetable intake is also associated with healthy glowing skin.

According to the research published recently in the American Journal of Public Health, carotenoids in the fruits are responsible for the healthy skin glow. Carotenoids are the red, yellow and orange pigments found in fruits and vegetables.

Beauty is linked to fruit and vegetable consumption

In this study, the scientists followed the dietary patterns of 35 students over a period of six weeks. The group did not use any make-up. They also did not get any significant UV ray exposure from the sun or self-tanning machines recently.

These students filled out food frequency questionnaires which provided scientists data around fruit and vegetable consumption. Potatoes were not counted as vegetables in this study.

They recorded the change in skin color and compared perceived attractiveness among these students.

You do not have to gorge yourself with lots of fruits and vegetables for a long period of time. Adding just two extra portions had a noticeable effect on attractiveness within a period of six weeks.

On average, one portion of fruit or vegetable is equivalent to 80g. For example, one apple, banana or orange will count as one portion.

Although this study focused on the link between the change in skin tone from carotenoids and attractiveness, previous studies showed that fruits and vegetables have several vitamins and minerals which improve skin health and slow down the aging process.

This study has some limitations because all of the volunteers in the study were Caucasian. So the scientists suggested that another study may be needed to determine if the effect is the same for non-Caucasians as well.

About the author:Satish Lohani is an economist who is interested in natural health and preventive medicine. He also writes for Health on a Budget, which provides tips about living healthy and reducing health care costs.