CHINESE TEENAGER SELLS HIS KIDNEY FOR iPHONE AND iPAD 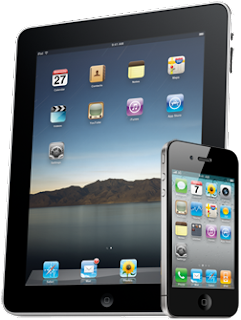 It sounds like the stuff of urban legends, but the official Chinese Xinhua News Agency is reporting that five people have been arrested for alleged involvement in the removal and selling of a teenager's kidney for transplant, according to the Associated Press.

The Xinhua story said the 17-year-old student, identified only by his surname Wang, gave up his kidney for money, some of which was used buy two of Apple's most popular products -- an iPad and an iPhone.

Could this be true, or an apocryphal story in a rapidly growing country where there is increasing concern over materialism?


Xinhua reported that prosecutors in the city of Chenzhou -- a city of about 4.5 million people in Hunan province in central China -- charged the suspects, including a surgeon, with intentional injury. The news agency reached a woman on duty Saturday at the Chenzhou Beihu District People's Procuratorate who refused to give her name but confirmed that prosecutors were handling the case.

Calls to the city's media office were not answered, Xinhua said.

The news agency said that the man who allegedly organized the plot was in need of money to pay off gambling debts. He supposedly received about $35,000 to get the kidney, out of which he paid about $3,000 to the student. The defendant also allegedly paid the medical staff for the operation, and for the rental of a medical facility.

As the story goes, the mother of the student uncovered the plot. According to Xinhua, she asked her son how he could have afforded an iPad and iPhone, and he told her that he had sold one of his kidneys.

About 1.5 million people in China are in need of organ transplants, the report said, but only about 10,000 of the operations are performed annually.

Posted by pratanacoffeetalk at 9:36 AM