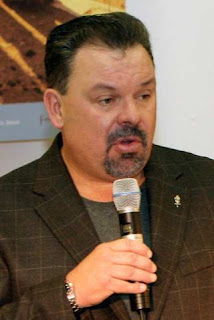 California artist Thomas Kinkade, whose paintings of idyllic landscapes, cottages and churches were big sellers for dealers across the country, died Friday, a family spokesman said.

Kinkade, 54, died at his home in Los Gatos in the Bay Area of what appeared to be natural causes, David Satterfield said.

Kinkade's sentimental paintings — with their scenes of cottages, country gardens and churches in dewy morning light — were beloved by many in middle-class America but generally dismissed by the art establishment. The paintings typically depict tranquil scenes with lush landscaping and streams running nearby. Many contain images from Bible passages.

Kinkade labeled himself the nation's most collected living artist. His paintings and spin-off products bring in about $100 million a year in sales, and are said to be in 10 million homes in the United States.

He grew up in a trailer in the Northern California city of Placerville, which he often rendered in his art as an idyllic community of friendly citizens. After hitting upon the formula for inspirational landscapes and village scenes, he and his wife put their modest savings into publishing the first reproductions of his paintings in 1984. They sold 1,000 copies for $35 each and never looked back. 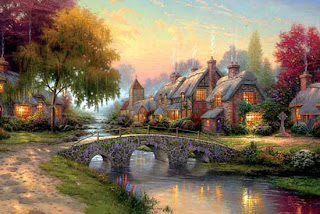 “I'm a warrior for light,” he told the San Jose Mercury News in 2002 in reference to his technical skills but also the medieval practice of using light to symbolize the divine. “With whatever talent and resources I have, I'm trying to bring light to penetrate the darkness many people feel.”

Kinkade's Media Arts Group took in $32 million per quarter from 4,500 dealers across the country 10 years ago, according to the Mercury News. The company has since gone private. The costs of his paintings range from hundreds of dollars to more than $10,000. 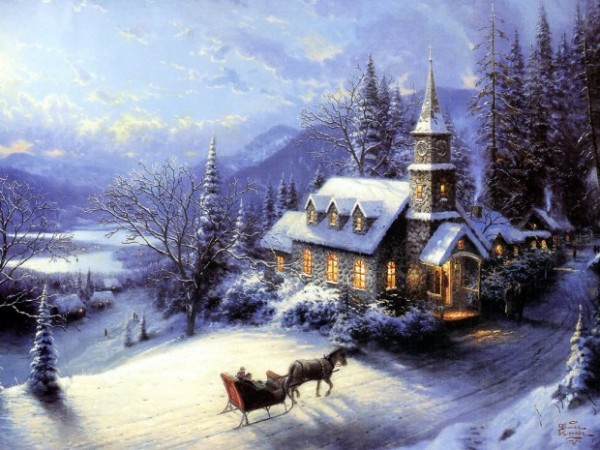 “Thom provided a wonderful life for his family,” his wife, Nanette, said in a statement. “We are shocked and saddened by his death.”