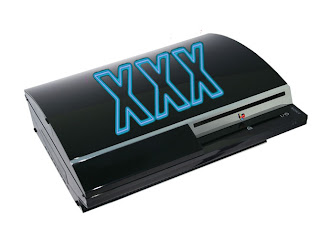 POLICE are increasingly seizing gaming consoles from child pornography suspects, as the devices evolve from simple entertainment systems into all-purpose data hubs connected to the internet.

The Australian Federal Police told The Age that it had seized consoles containing child pornography in ''several cases'', but refused to reveal details for fear of tipping off other offenders.

''Gaming consoles are one of a myriad of devices with storage capability and the capacity to connect to the internet,'' AFP acting manager of cyber crime operations Brad Marden said.

''As part of its core business, the AFP … regularly identifies persons using the internet and other emerging technologies to access, download or distribute child exploitation material online.''

Gaming consoles are exploding in popularity, with people well outside the traditional demographic of teenagers and video game enthusiasts using the devices as home entertainment systems and internet gateways.

Devices such as Microsoft Xbox 360, Sony PlayStation 3, and Nintendo Wii can be used for things such as streaming videos onto television, playing music, chatting on the internet and storing data.

It has been reported recently that the US government is researching how to hack gaming consoles and extract potential evidence of child pornography and terrorism offences.

Online privacy campaigners have expressed concern that the authorities might be able to discover what websites people have been on, who they have been talking to online and what they have said.

Remarkably, the US government's efforts are aimed at console owners overseas, because US privacy legislation precludes authorities from hacking consoles in their own country.

Data relating to US citizens found on overseas consoles will be deleted, according to a report in Foreign Policy magazine.
More below

The AFP told The Age that it liaises closely with overseas agencies in the realm of cyber crime and child protection, but declined to say whether it had specifically discussed the hacking of gaming consoles overseas with US authorities.

''Due to the transnational nature of this crime type, close liaison and co-operation with domestic and international law enforcement partners is essential and assists law enforcement in gathering and exchanging information and supporting innovative thinking in the online child protection realm,'' Mr Marden said.

''The AFP will continue to liaise with the US and other international authorities in response to all emerging crime types and technologies, as well as the use of potential enabling devices such as game consoles.''

Senior federal police told The Age earlier this year that child pornography had become an ''epidemic'', with paedophiles increasingly recording themselves molesting children, before swapping the images with other abusers.

With the rise of file-swapping, images and videos are used as ''currency'' by paedophiles to buy their way into global groups that trade the material.