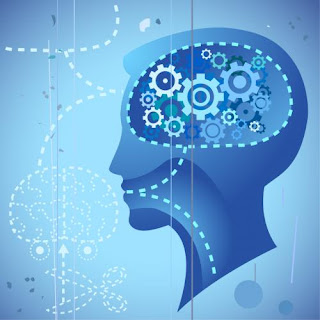 A few weeks ago I was at Trader Joes when I overheard a conversation between two disgruntled adults. One of them commented that she wished she hadn’t wasted her education on art school.  I was in that teetering place of jumping into the conversation with strangers, but decided instead it would be good material for a Think Jar essay.

I would easily agree that most people who get a BA in art are not narrowing in on a career path. The art student is not learning what to think, but how to think, and learning who they are.  I consider these profoundly important skills that will be applied in one’s career choices and in all choices life throws at us.


A mathematician works with abstractions grounded in real values.  A scientist works within a system of methods that bring real results.  The artist also must work with real laws.  Hayao Miyazaki, the film director and animator of films such as Spirited Away and Howl’s Moving Castle, creates fantastic worlds that share certain laws with our own, and other laws are creations of his imagination.  What I want to point out is that the laws of reality he creates are within the human heart and there is never a moment the viewer has to suspend their disbelief.  There is something very real about the choices he makes, and this is what makes his films so beautiful and compelling.  He chooses very real laws of magic and mystery.

Art students often find themselves in the overwhelming position of having limitless possibilities.  For this reason, I start my introduction to painting classes by teaching them to paint as if there were a proper way, which separates ground, value wash and glaze layers. As well as presenting factual knowledge and skills, my role is to facilitate a path of awareness and problem solving, and give the encouragement needed to embark on that path.

Once students have a grasp of tools and factual knowledge, they are then asked to begin to dismantle those tools and pieces of information.  For 40,000 years people have been making marks on cave walls, leather, wood panels and stretched fabric. This spectrum and diversity of painting gives plenty of room for students to take a good hard look at their own mark making and preconceptions.

There is no right or wrong in art. One may freely explore which ideas are worth pursuing.  If an idea is not rooted in real laws of the heart, mind or the physical properties of the materials, it falls apart, and the process starts over.  There is a huge amount of room for trial and error, and failure. This is the artistic thinking process.

A few weeks ago I was lucky enough to see Professor Alun Munslow speak in London. His Ph.D (awarded 1979) addressed the political assimilation of European immigrants in the United States around the turn of the century. He dotted his i’s and crossed his t’s.  He had 50 pages of supporting data, but he had also come across a few minor pieces of information that did not support his thesis. He chose to overlook these inconveniences and instead created a seamless picture.

The historian, just as the artist must carry on.  The unexamined life is not worth living (Socrates), and without this story, this poetry of history, how will we ever examine it? Real laws, real results are the product of sifting through changing variables and extracting the useful and meaningful ones. It may even be that we live in an environment entirely consisting of problems.  Some problems were solved with thoughtfulness and others solved and unsolved with limited capacities or resources.

Often times, the artist is willing to look at the inconsistencies, even bring them into focus – make them the center piece of study.  The grey areas are pieces of unsolved problems, or badly pieced together or incomplete problems.  The heart breaks open in wonderment at the acknowledgement of broken systems and failed ideas. Taking a good hard look at previously solved problems and spinning poetry is the artist’s job. What distinguishes the artistic thinking process is that hard laws, real rules are not impossible barriers, but malleable variables.

By Willy Bo Richardson of Think Jar Collective
----------
http://www.creativitypost.com/arts/the_artistic_thinking_process
http://www.processflowchart.net/wp-content/uploads/2011/07/Thinking-Process-picture.jpg
Posted by pratanacoffeetalk at 11:16 AM