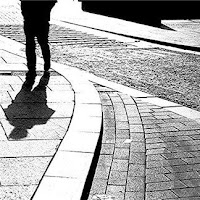 I was 20 and had just finished my first degree when I aksed my father's advice on how to approach the world of work.

He had a long and distinguished career in the Indian Army and rose to become commander-in-chief of a million men. He was a soldier's soldier and his men adored him. His manner was strict and firm, but he was very friendly. He appreciated and trusted people and gave then freedom.

"Come and see me in my office if you want to talk to me about work" he said.

So I made an appointment with his ADC and went to see him. He had a huge office and I felt very small.

"You are starting out and you will be given a lot of tasks to fulfil" he said. "The first thing is always to do something to the best of your ability. Then the second time you do it, give it that little bit extra".

What he was saying was: "Take the initiative; be innovative; be creative. Always go the extra mile."